I noticed Sayler was front and center clapping on the video call postgame with Bahamas bowl. Probably ecstatic he doesn’t have to make calls to boosters asking for Chuck’s buyout money

My bad. They posted the same thing on Twitter.

As contrived as the so-called Red Bird Rivalry seemed at first, it has in many ways become the real thing given how the games have played out. Miami’s Twitter and Facebook smack talk is just adding fuel to the rivalry’s fire.

Just a bunch of Angry Birds…it’s our new Bell, like it or not. 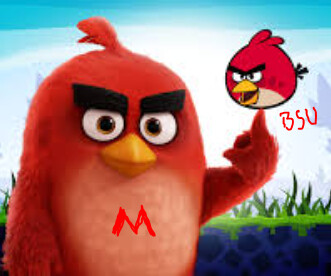 Nescadad, the MAC was there with flags, sunglasses, etc for post game…… it was a huge rush for them to change their setup from the Ball State locker room to actually on the field for after the game.

Thanks for the info. Thought you’d like knowing we were being talked about on a national feed.

Per sources, doesn’t sound too serious for Jados and he could/should be good for the bowl game.

Kinda like tearing down the plastic in a locker room when a team is about to win a title and then blows it.

How is your rehab going for your hip? Enquiring minds want to know!

Best WR ever? Come on man, ever here about Andy Schilinger, Ryne Robinson, Michael Larkin, Martin Nance and many more?

These guys are good and don’t have he arm throwing to them, but let’s not get crazy. I don’t see NFL for either at this point.

Friend, I don’t read, write, or see so well, but I believe I said “of the” not “the”. I was at MU with double R. He was a beast. Hudson was until he got hurt. Anyhow, stay in school and just say no.