Time for a new OC

Eric Koehler has been with us for 9 years now.

We have never finished in the top 3 in the conference in any offensive category in 9 years.

By all accounts he is a great man and role model, but I think it’s time we go in a different direction. 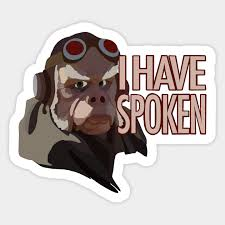 Unless head coach is choosing the QB that’s playing and overriding play calling. Which would be more of an HC issue than OC. I obviously have no clue, just throwing it out there. CM does seem to be fairly domineering.

Hard to argue with that…those # are far worse, overall then expected or realized, wow.

Tbh, the fact that we hired an FCS position coach to be our OC in the first place is probably proof that we’re not serious about being a winning program.

So based off of this statement, when Mike Bellotti hired Chip Kelly from New Hampshire to be his OC, Oregon wasn’t serious about being a winning program. I’m not doing a comparison. But the aforementioned example and others I’m sure I could think of with some time make that statement look silly.

Chip Kelly was the offensive coordinator for a top 10 team that had one of the best offenses in the country.

Eric Koehler was a position coach (not a coordinator) for a team that finished with a losing record and averaged barely 20 points per game.

It is? Really? Have you watched the trends? Are you satisfied with Miami University’s performance?

As for Steele - great. Hope he succeeds. All I know is that he was let go at XU and now makes $300k compared to $1.something M per year. Yes, Miami was a great option for Steele I would imagine, but don’t kid yourself - he was not on the way up, and the stellar fund raising did not result in the Steele hire.

As for academics - we have watched Miami go from squarely the top public university in Ohio to now 4th per Niche (I know - it is a popularity contest) but also noticeably down in most every other ranking publication out there. Ohio State attracts a higher ACT/SAT profile. UC and Ohio have continually climbed. Ohio U has grown its endowment to eclipse ours. Wake up.

Coach Martin - should we be happy? Read “Miami of Ohio - the Cradle of Coaches” and reflect on the legacy, heritage, and tradition that the current coaching staff is so fortunate to enjoy. I don’t hear a love for Miami in Martin’s message. It is frankly sad that we would even debate that Martin is the right man for the job. He is by all accounts a good person. Great. But, I feel he does not project the right leadership for the program. Period.

Sorry - I feel that complacency makes us blind. And I feel like Miamians as a whole are sleepwalking while MU slips. Just being honest. My wife and I are both Miami alums - ‘94 and ‘97. We live in an area of Cincinnati that has a very high population of MU alums. I talk to them; ask around about attending games, following Miami, etc. Almost None of them make an effort to get up to campus, follow sports, etc. Sad. One would think there would be enough to draw them back up to Oxford for a great time. Sadly, there is not enough offered by the school’s current product to deliver interest, excitement, etc.

And, the top academic kids coming out of our school are choosing other schools above Miami, where the top students from previous decades were choosing Miami in greater numbers/percentages.

So, I hope the half billion plus $$$ are invested in the right way. We need it.

OC change needed now- for example go back to our last series of plays against Buffalo -two runs to essentially the location for no gain and t then he continuing Koehler low percentage long pass fade route for another incompletion- we needed another first down to keep the ball and win the game. not a very low percentage long ball. The lack of adjustments in the BG game yet another example - BG had aa a practical matter 7/8 players at the line of scrimmage and their D Line was completely outplaying our experiienced , slow and average at best O Line ( go back and see how the O Line had problems even with Robert Morris ). You roll out AV and give hime RPO options, you throw short quick passes , use our excellent tight ends etc. I and others on this site could give many more examples ( the UC game this year’s when had the ball inside the UC 1 and ran two plays from the shotgun position, and failed to score , last year’s EMU game play calling, etc ). Our OC ( or whoever is calling the plays ) is costing the program at least two losses a year! Get this fixed this week!

Opening drive car. UK and opening drive vs. Cincinnati we’re both perfect and led to scores. I’m not sure what changed but I suspect OC isn’t confident in #2 and calls plays accordingly. OC needs to go back to that formula and either QB makes CB plays or try back up. Nobody needs to be fired. Yet.

Jeff: Right on all counts…Miami has slipped in so many ways. I see no meaningful signs of correcting the slippage.

One small touch point: Raising money at Miami, both in the former $80 MM Athletic Capital Campaign and the last $500 MM Capital Campaign----- took much longer than originally contemplated to cross their earlier announced expected finish lines indicative of the struggle to get the money.
WRT the current Cap Campaign, the silent phase began in 2016 and just went public with 57% raised during the “silent phase.” My guess is they will need until at least 2027 to cross the finish line on this phase of the Campaign.

13 points and under 200 yards against one of the worst FBS Defenses should finally show this guy the door.

Doubtful…no one is paying attention to those details…it’s more like “another MAC game…anything can happen”…BG beat Minnesota, when we did not, BG beat Marshall…

The translation will be they have good “MAC” players too, not CM’s failures…ultimately he might be forced to go another OC direction, what about Patton?

But CM is here as long as he wants…too easy for Miami, and they don’t care…JMU’s, App St. Coastal etc, of the world care…they come up to FBS year one and are better than a Miami program…that keeps distancing itself from its prominent past.

PS So is the Niche rating based primarily on student input? Ohio U has never been in academic class of Miami…I get that UC is gaining or exceeding on some levels.

Jeff,
100% accurate assessment. I don’t have time this morning but could add numerous corroborating insights.

And to avoid a thread jack, I agree the OC must go right after the HC, but that isn’t happening.