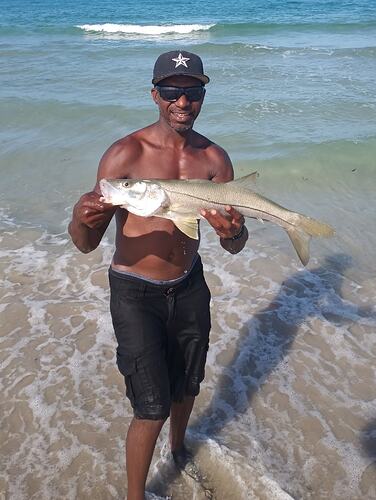 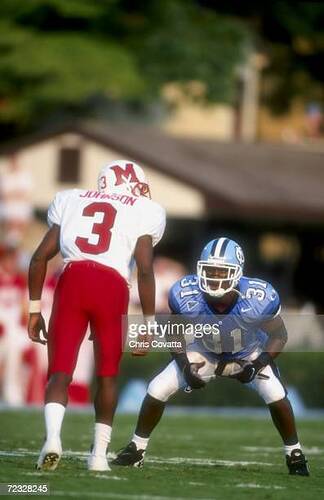 The picture of him lining up against UNC brings back happier memories. And the uniform and helmet were so simple and clear. You could even read the numbers and didn’t wear grey.

Fastest Miami player ever? Darrell Hunter maybe, others…? Sly is certainly in consideration.

Pretty sure that picture has Sly lined up against Dre Bly, who was a damn good DB

Ty King. Bearkittens couldn’t catch him when he ran back the kickoff for the win. That was awesome.

I thought Sly ran a 4.18 one time in practice or something absolutely crazy

I think deland did the same

Ryne Robinson is on hold…

Nice snook! They are great fighters.

[Senior Darrell Hunter (6-1, 213) is a three-year starter who has developed into an NFL prospect because of his size, speed and skills.

I vaguely rememder Darrell running down an Iowa RB maybe to save/stop a TD in our infamous flop at Iowa…the speed was really world class.

I remember the play vs Iowa, too. He caught the Iowa RB gave him a look of “How ya doing?” then brought him down

Darrell Hunter, so often not in position, yet so fast that he could make up for it

To bring a track and field perspective to this discussion…

I had a conversation years ago with one of Miami’s T&F assistant coaches about Darrel Hunter running track. He said that with a little work once spring football ended Hunter could probably win the 100 m at the MAC championship meet (which in a typical year would take about a 10.30 +/- to win), but that Hunter was never interested in running for Miami. Hunter’s high school career is highlighted by anchoring the Middies’ 4 x 100 m relay team to a state title in 2001 (41.75).

Finally, there was a quartet of Haywood recruits - Willie Culpepper, Allen Veazie, Trey Payne, and Brison Burris - out of Texas who were all 10.6 to 10.7 guys in high school. I often thought with a little work they might have been able to put together a 4 x 100 m team that would challenge the Miami school record of 40.64, and possibly win a MAC title.

Both Sheldon White and George Swarn were burners, but, if pressed, I’d pick Sheldon. Jaws dropped on pro day when he ran the 40.

Of note, Hunter’s Middletown team did win the State Meet in 41.75, but they also they broke the All Time OHSAA 4x1 record at 40.79. (Their fastest time wasn’t in the State finals.). That record still stands more than 20 years later.