I’ve been looking at housing in a few college towns around the country - Las Cruces, Fort Collins, Harrisonburg and Oxford in particular - for an ongoing discussion with a friend. In looking at Oxford, I am stunned by the lack of affordable, decent quality housing in Oxford Township. There appears to be a number of 50s, 60s and 70s houses available at relatively inflated prices, there are a few houses in the newer neighborhoods priced at $450k and above and a lot of very old houses in the Square Mile that appear to be being offered as investment properties for student housing.

My opinion has always been that it is going to take the completion of a freeway/limited access highway all the way from 275 to Oxford to suburbanize Oxford. That looks to be the case.

Are there any plans for increased housing development in the immediate Oxford area?

On a somewhat related note, Oxford should get Drury to build a hotel.

I’d like to see a Graduate Hotel open there. Would be cool to see our students online and drinking coffee in its Miami-themed lobby.

Unfortunately, affordable housing is a national problem, especially in rural areas. Since the housing bubble burst in 2006-07, the larger developers have only gotten larger and don’t find affordable homes profitable to build, hence more townhouses and condos. There are fewer smaller developers around to build these homes as they did before 2006-07. And the developers around to build these homes also find them cost prohibitive with labor shortages and elevated material costs. That’s even without extending water/sewer infrastructure to undeveloped properties. So areas lacking affordable housing need grant money to subsidize the costs but that grant money is in competition for urban areas looking to increase affordable housing.

Suburbanizing Oxford may actually inflate housing values further given the increased access to the area. Other structural solutions need to be looked at to solve the affordable housing shortage and they would likely include increased government involvement, either through policies or targeted economic development funding.

I’m not sure how a realtor in Oxford puts food on the table. Very few offerings listed. It appears the higher end properties offer by far the best value. Stuff listed at $450k is substantially newer and better quality than the stuff listed at $350. But there’s a big affordability gap between the two price ranges. There are quite a few older nice residential neighborhoods in and around Oxford but very few offerings within them. Considerable residential stability there.

Las Cruces, a considerably larger college town on a freeway about the same distance from El Paso as Oxford is from Cincinnati has a lot of new housing availability in the $250 - 350 range. Fort Collins is in a similar setting vis a vis Denver but housing prices are considerably higher. Seems to be quite an inventory of nicer, new homes in Harrisonburg in the low $300s.

My wife and I are always looking at properties in Fort Collins. The hindsight is that we should have purchased a home or condo there 20 years ago when our daughter first moved there. Now, prices are outrageous. Oh well. We just rent a place for a month or so a couple of times per year. I certainly could live there, a great place.

I was looking at Bozeman during the weekend GameDay was there. I always liked Bozeman. Real estate prices there are almost Bay Area levels comparatively - lots of stuff in the $900k - $1.5m range.

I considered Oxford a couple of times for retirement - for obvious reasons. Two things dissuaded me: lack of reasonably priced nice housing and the fact that Ohio would tax my pension at 5% of the gross. NC doesn’t tax state of federal pensions.

Look up Bloomington,IN now that they’re 4 lanes all the way to Indy.
Locals refer to this as a highway for Chicago drug traffic.
Parking?Parking?

I can’t speak to the situation in Oxford specifically, but a big problem in a lot of places is local governments stonewalling new construction in order to juice the home values of incumbent homeowners (who tend to have outsized influence in local politics). Smaller problem, but one I’d like to see addressed, is how many homes have been taken off the market and converted into Airbnbs.

I believe Oxford has tried to slow down construction of student housing developments but unfortunately that seems to be all of the interest on the development side. Income from student rentals are 2x that of residential.
There is a housing development going in on the west side of town near the park but I’m not sure what demographic it will cater to, I do not believe it is intended for students.

That road from IU will never be truly finished

What? The radical concept of a real Highway going into Oxford - the seat of a major state university - from its nearest metro area?

But one thing to keep in mind, even $250-$350K homes could be considered outside of the affordable category depending on the cost of living. That price range is great where I’m at just south of Ann Arbor. Those prices strike me as high for Las Cruces, though I could be wrong. I know they’d be high for communities 10 miles south of us.

Another aspect to this is zoning. Local officials want to zone for projects that build large homes that will bring in large amounts of property tax revenue even though there is (well, was) healthy demand for homes in the more affordable price ranges as what was observed from 2021-Spring 2022.

Las Cruces has become a magnet for higher income people leaving SoCal who can work remotely and upscale retirees. It hosts a 25k student body university and has a very high percentage of people with scientific PhDs because of White Sands. Picacho Mountain and Sonoma Ranch are high end gated golf course communities.

Las Cruces was also prominently featured in a Wings episode. How about that for arcane knowledge. And speaking of Arcane, if you haven’t watched it, I recommend it.

From what I last heard It is intended to be “empty nester” type housing for middle age residents not ready to move to Knolls Of Oxford type housing. There were a few “Not In My Backyard” complaints from the current residents of the housing next to the development, which is funny because all of the housing there is literally right next to each other with very little greenspace.

Oxford has been working on and has developed an affordable housing plan and is working on executing it.

Thanks. That’s right now precisely the kind of housing Oxford is lacking. Lots of empty nester alumni and younger retirees might consider downsizing into newer housing there if it was available. It would be good for everyone involved.

Thanks for the info.
At one point I feel like there was a story that a developer pitched a residential housing development to zoning and then bait and switched them for a student housing development. Do you know if that’s factual?

If this is the new development going up, it’s a faith-based 55 and over, income-based rental development. Probably a much needed piece but not the type of development that would entice medium to higher income retirees and empty nesters to move to Oxford.

A neighborhood of two-bedroom garden or patio homes - not two-story townhouses - with some amenities would be what’s needed. 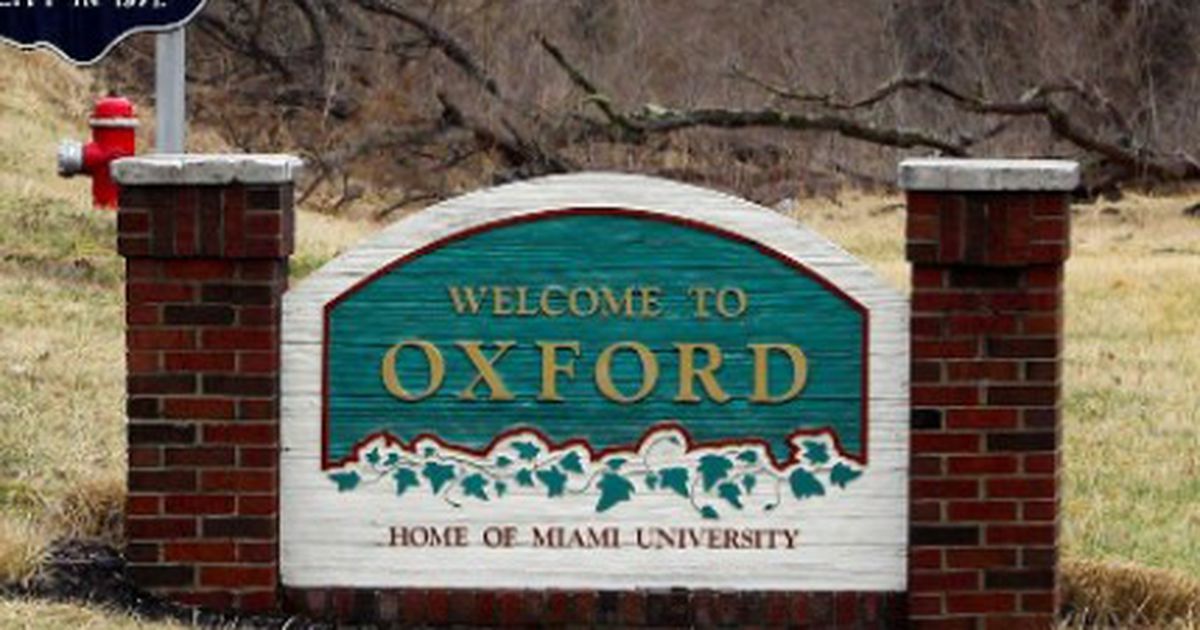 Senior housing development in Oxford gets green light from council

Preliminary plans for an affordable senior housing development were approved by City Council at a second reading of the ordinance on Jan. 18.