But first, I fixed Twitter embeds so that videos should now be playable in them as well… 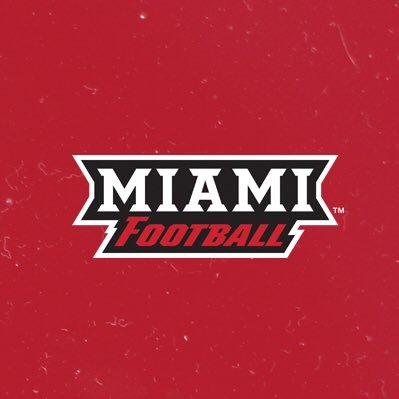 But in other news, the 2022 roster is up on the website: https://miamiredhawks.com/sports/football/roster

Lots of new faces. Yahsyn McKee currently listed on both sides of the ball. He was listed as a top 5 FCS to FBS transfer, along with one of his teammates.

Overall, I think several of the weaker areas are well covered by transfers.

Interesting that Stanford transfer Trey Labounty is listed at TE. He played DE at stanford and, given the weakness of our DE position, that seemed like a easy fit here at Miami. We have pretty good depth at TE

Lots of QB’s and TE’s. Did we know Luke Bolden switched to TE?

I had it seen it a few weeks ago. It didn’t really surprise me that much because I felt like it was clear he was not going to contribute very much at LB. I assume he’ll be used in as a blocking TE/H-Back role, which he should excel at.

Think the Grant Niemiec role from a few years ago

I imagine he will still play special teams. He’s been a demon in that role.

Smart. That seemed destined from the start

Does seem like a lot of guys slotted for TE?

LaBounty…maybe that was the reason for coming, get a chance at another position…so could make sense, but seems like some guys could be put elsewhere like DE to develop.

Not sure on this Brian Shane kid…his listed weight of 294# has to be wrong…but if the same kid in these vids, seems like some athleticism @ 6-3, TBD …would translate to DE, if not going to see field at TE anytime soon.

We are an interesting combination of experience and extreme youth:

Did I miss Jadon Furlow Rucker? Did he graduate/leave?

Not on Fall roster.

Would have been a 5th year senior.

Thanks for pointing that out.

“We are an interesting combination of experience and extreme youth:”

Think maybe the portal accelerated the “if I’m not gonna’ play I’m out of here” attitude? Never really noticed but historically what’s a normal (if there is such a thing) level of attrition from year one to year five? We bring in 25 or so every year. How many make the full four or five years and graduate?

We had 16 transfer out and 8 transfer in this year. Im certain its the portal which has created that high level of movement. Most of our guys who left moved down or are are currently untraceable. Perhaps the playing days are finished for the untraceable. Who knows. We had guys move down to Austin Peay, Duquesne, Northern Colorado, Illinois State, and Findlay.

Three or four moved up - one to UVA, one to Cincy, and one to IU. It’s hard to argue a move from Miami to Kansas is up but they are Big12 and upsetTexas last year. Lonnie Phelps ended up a Jayhawk.

As far as incoming, we received two move-ups - from Holy Cross and from Mercer. Our other incomings were from B1G teams - IU and Michigan State - and from Stanford, ECU, Virginia Tech and Iowa State. They probably came to Miami for a fresh start and/or more playing time.

I’m pretty certain most of the lateral and downward moves were to find a level of play to ensure each of them more playing time. The moves up were to obviously play on a bigger stage and all that implies.

I expect something like this to occur every year now.

Can you refresh my memory on who went to Indiana?

I’m not sure what it will look like in the future, but I would guess COVID certainly played an impact. Someone who was athletically a RS sophomore last season would have graduated. If you have your undergraduate degree and aren’t going to play, not much reason to stay unless you want your masters degree.

Some of those sophomores above really are sophomores, but some are juniors if they actually come in during 2020. It would make sense that there’s a big drop off at where an academic 5th year would be.

@Redsea - McCullough to play for his dad

I think it was LB Jackson Schott - one of the first to leave. Young Deland left last year.

With the unlimited transfer without the one year penalty rule going into effect, I would actually expect the portal revolving door to accelerate.