Jackson State at Miami Tuesday at 7 on ESPN+

Jackson State is coached by former Cleveland Cavalier star guard Mo Williams ( one NBA championship with LeBron). They have played 5 games, all on the road, but if you look at the scores, we had best not take them lightly. They lost by 11 at Abilene Christian, by 6 at Tulsa, by 3 at Little Rock, by 10 at Michigan, and by 39 at Indiana. Winning the game gets us second place in the Hoosier Classic.

But does it come with a trophy?

I know you’re joking, but we actually “won” the GT tourney last year and got nothing.

But does it come with a trophy?

Are you asking for Chuck Martin?

Per the recently released gamenotes, projected starting lineup is Lairy, Lewis, Safford, Smith, Anderson M. I like that lineup, although I could see rotating Safford and Lewis. All 5 starters currently averaging in double figures ppg.

Jackson State game notes, but not sure it came from them. Game “in Miami, Ohio.” Then halfway through, JSU becomes Louisiana Lafayette. Weird. Miami game notes for those interested. I do like how we can play 5 scholarship players and still have Mabrey off the bench. He seems to be doing a bit better when he comes in early rather than starting.

Other observations looking at JSU’s stats: 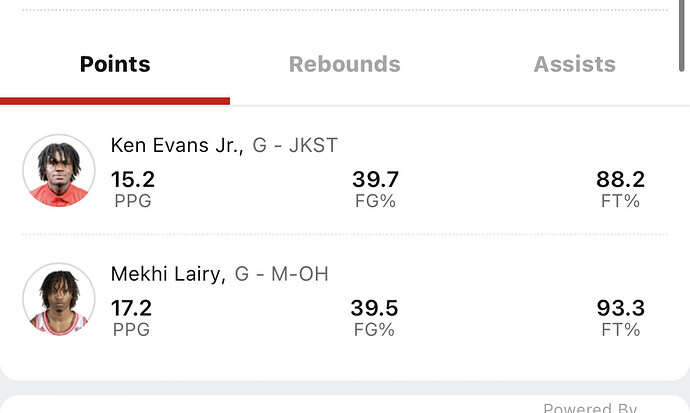 Bake and Randy have really struggled with names this season…

Off ball defender helping too much and getting caught ball watching. Hurting our perimeter defense and rebounding. Looking really competent on the offensive side of the ball.

I’ve said this without any irony multiple times: Mirambeaux might be our best passer/distributor.

Beautiful cut and behind the back pass. That was steller.

Let those of us not watching know the score. Thanks!

Great rotation right now. Morris and Mabry off the bench. Anderson is the best passing big man Miami has had in a long time. Etzler dressed.