Not much to add on this one. The first 16 minutes were pretty good. We made some shots and we were forcing their poorer shooters to take contested 3s. Morris was a nuisance inside the whole game. If he can continue to be a nuisance defensively and improve on finishing around the basket as the year progresses, that will be a plus.

After that opening stretch, it was tough to find positives. As noted above, Lairy continues to make poor decisions with the ball. As a senior, he needs to have better court awareness and know how teams are going to play him. On the drive, teams are going to wall up against him so he can’t finish at the rim and kick the ball out as he gets closer to the rim. Poor shot selection and the lack of quick ball movement were the leading causes of the last 24 minutes. With our lack of creators off the dribble, this team needs to move the ball around quickly and think drive and kick, drive and kick. Patience.

My most positive observation from the game was that Julian Lewis is going to be all-MAC before he’s done.

Lewis has been a pleasant surprise. My favorite newcomers in order:

I want to shoutout Jaquel Morris. He brings great energy and activity to the floor. Raw offensively, as to be expected, but he plays bigger than his size and with strength, coaching and experience can become a real force for Miami.

I don’t want to pick favorites, but I like your list - I do hope Mabrey settles in and Morris grows his game a bit (at least trying for offensive put backs), so that we are successful.

Defensively we have a way to go, and in terms of IU really they scored the same as the did against X or anyone else this year…so that is somewhat a positive from a compete perspective.

Billy S is going to be really good, Lewis is super crafty and does a lot on both ends, and I see Yofan becoming a clutch shooter, who has great overall feel for the game. 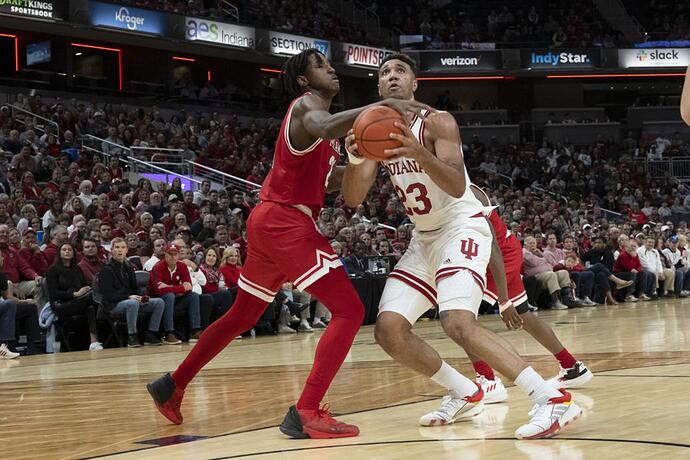 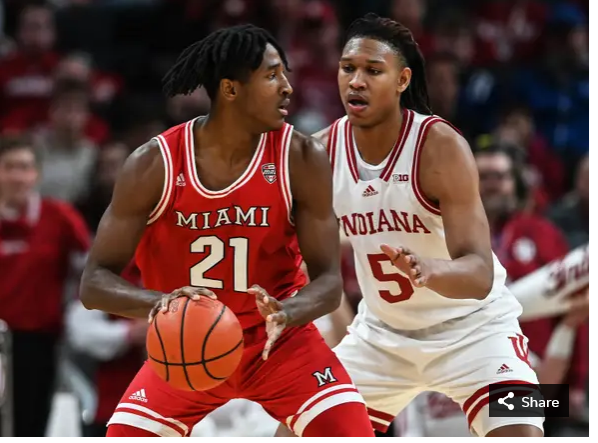 That’s a line-up and bench that can compete in the MAC. Hoping we get healthy soon - would love to see how this group could mesh.

Wonder if we’d ever try to put Anderson at the 4 and play “big” with Harrison. I know the trend in CBB is to be wing oriented, but Anderson provides a lot of offense, but less rim protection, so him at the 5 is a tougher defensive fit. Would be interesting to see him at the 4 as a line-up wrinkle if/when Harrison returns.

I have said many times, I like the energy and athletic ability Morris brings. Hits the glass, plays D. Needs to work on his nonexistent offensive game in the off season. And build his body.

Actually I would like to see Anderson and Morris on the court at the same time. Curious to see how that would work out.

Can you imagine how tough we’d be if coach Steelechad Delonte and Precious? Those guys played tough D.

That’s if Harrison has improved his offensive game…just in stretches where we get out with a little pace…Like: Mehki, Safford, Billy or Kamari, Harrison and Morris.