Georgia returns to action on Monday against Miami (Ohio) looking to rebound from its first loss of the season. The Bulldogs dropped an 81-71 decision at Wake...

Not a lot to gather from Georgia, especially since they’ve gone through their fair share of changes. Mike White took over for Tom Crean who was a disaster. White left on his own from Florida after 7 good seasons, but not good enough to satisfy the Gator faithful. Florida only advanced past the 2nd round of the NCAAs once under White and that was in 2017. Not liking the pressure from fans or program insiders, White made the surprising move to Georgia, which only won 6 games last year. IMO, this is a steal of a hire for Georgia and hopefully they’re patient with him as there is work to be done.

Watching them at Wake Forest, the first thing that jumped off the screen was their inability to take care of the ball. Too many careless turnovers. Another thing that jumped off was their lack of physicality. They have some size and a little more length, but they’re not big and got pushed around under the basket. They have a few nice pieces. I like Terry Roberts, transfer guard from Bradley. He was top 50 nationally in assist rate last year and played with a nice pace, helping Georgia make the game competitive. Mardrez McBride is a lefty shooter who isn’t shy. He transferred in from North Texas and was a 40% 3 point shooter there. Georgia has multiple lefties which is awkward and dangerous if you’re not ready for them. Braelen Bridges showed some good footwork in the post and is another lefty. KyeRon Lindsay is a freshman who has the potential to be a good all-around player, can do a little of everything. Justin Hill, transfer guard from Longwood is another primary ballhandler who’s a decent shooter but I think would rather go downhill. Kario Oquendo is a returnee who is better in the mid-range than outside the arc and is probably their strongest player.

Wow. I just looked at their roster. They’ve got 10 transfers - 9 of them from division 1. Talk about free agent basketball!

It is certainly a game that we have a chance in if we go in and execute the gameplan and have good attention to detail. On the other hand, who knows how this team will react before a big crowd in a big venue in the first road game for most of our roster.

I had to look up who Mike White is

Michael Emerson White (born March 2, 1977) is an American college basketball coach and former player. He is the head coach of the University of Georgia men's basketball team. Prior to accepting the job at Georgia, White was the head coach of the Florida Gators from 2015 to 2022 and the Louisiana Tech Bulldogs from 2011 to 2015. White played at Ole Miss from 1995 to 1999. In 1995, White began his four-year collegiate career as a freshman guard for the Ole Miss Rebels men's basketball team. He ...

I remember the first (and only) time we played them. It was right after upsetting #10 BC in Hawaii back in '01. Not long after that, we had the infamous 23-point disaster against Dayton. UGA is a bottom-of-the-barrel SEC team, but they’re still a P5 team. An upset is possible, though IMO it would be more surprising than our GT win last season. I’m saying 74-57 them.

A full complement of players, and maybe Miami pulls an upset. But with most of the seasoned crew out, I don’t see a bunch of freshmen going on their 1st road game, in front of what will likely be the largest crowd they’ve ever played in front of, and shooting well enough to hang with even a below average SEC team.

Will be a good learning experience

A forging of the metal for another road trip somewhere down the road.

These guys are beatable…all depends on how the frosh play.

Will be tough…but not without a chance if one or two get in flow.

I tend to think this game might get away from us. Young guys, road game, etc.

Certainly possible…but when you look at Georgia’s early results, not impressive…we’d have a real shot with Safford, Etzler and Harrison to add some frontcourt and shot making (no fear Safford).

Looking back, I can’t remember Miami having much success against the SEC in hoops of late. We beat MSU in 2007(?) out in Anaheim during a holiday tournament, and then of course we knocked off UT at home in '98.

We lost by 7 at Vandy in the 2011-12 season, and of course there was the John Wall heartbreaker at UK in ‘09. I also remember losing a somewhat close contest to Alabama near the end of Coles’ tenure. More recently we got blown out at Missouri in 2016 and 2017.

The last Georgia game was close as well …if that amounts for anything, and we had UK beat.

MSU was last I can remember.

Yes. I’m thinking the Georgia score was something like 64-59. Very Charlie Coles-ish.

I find myself watching Charlie’s post UK interview from time to time and I still love it every time I watch it.

Other than than that we had UT beat there…and then beat them @ Millett…or other way around can’t remember. SEC…another close history overall…

So you know…this stuff is hopefully just mentioned…no reason it can’t happen.

“You’re asking me how it got away from ME?”

sweet arena…seems like north end of Millett could be made in to boxes and this: 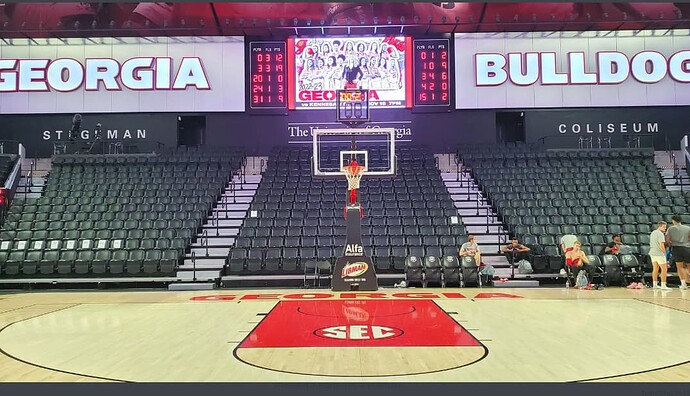 Shooter, you get the dub…lol 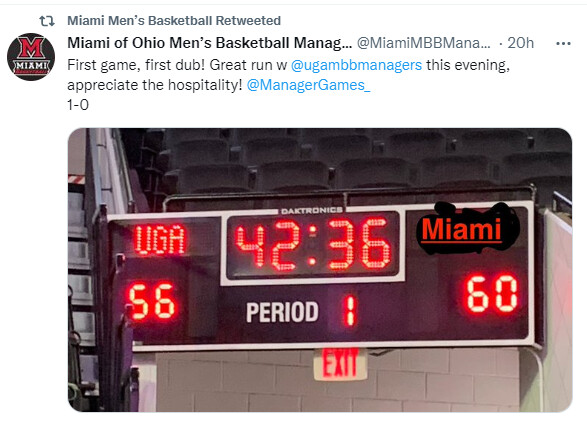