In a moment of boredom, I wrote a script to track the staff’s twitter account to get an idea of what our roster might look like at the start of next season. So far, it looks like the staff is hoping to pick up a '22 point guard, another G transfer, and another F/C transfer.

And a current look at the depth chart:

Mekhi Lairy is the only senior, so the desire for a ‘22 PG (LA Pratt) makes a lot of sense. Can compete with Avance for minutes after Lairy graduates.

The desire for a transfer big man who can start immediately is also obvious.

Someone confirmed that he’s academic scholarship, not basketball scholarship. We have 3 ships available right now.

So he’s still with the team though?

I assume so, but I’m not certain.

Thanks much for the updates

JUCO’s will still be an option

Jive, I missed the Geathers thing. Did Miami offer?

DICK - I recall you saying the first 4-6 weeks is critical for a new head coach, in terms of getting recruits to commit and assembling a good coaching staff.

This week is Steele’s 6th. How would you rate it?

Overall, I’m pleased, but landing either Martinelli or Rolf, plus an immediate impact big man from the transfer portal, would have made his first 6 weeks a home run.

Was in Steele’s program last season but had to sit out after transferring from Tennessee State. From LA. Son of Master P.

I think I said something about the next two months ( April and May at that time) would be the most important time for Travis Steele, as he needed to completely redo our roster and he needed to hire his whole coaching staff. Well, he is down to a couple of days to meet those goals. How has he done?

I would say he has recognized what needed to be done and has done most of the work roster wise but still has a way to go with his staff. Most importantly, he has gotten rid of all or most of the guys who were just not good enough to play at the top level of the MAC and he has done a good job of replacing most of them. He still has 2 scholarships to give out, and I do think they should be older transfer portal guys or junior college transfers who can give us immediate help. I really like the freshman class ( up to 4 now), but for next year I think we need another big man (a 4 or 5) who can be effective right now and probably another guy who can play the point or perhaps a combo guard.) I think he is doing well, but I think he needs to fill out his coaching staff and get two older transfers yet to finish the job.

In looking at our power forwards and centers ( 5 guys) one thing that strikes me is that none of these guys shows any back to the basket or post up offensive moves. Etzler is primarily a 3 point specialist, the other 4 seem to score by driving to the hoop, or cutting to the hoop to catch passes and finish. Are we going to play an open post offense ( like Toledo the last two years, for instance)?

I would say Anderson, Curtis Harrison and Rylee (the least of these three) have some potential for back to the basket moves.

Harrison an unknown of which way his game will go…but he showed little to no perimeter game…so see if makes a leap. I do think Etzler transitions to BF/PF spot…yes he’ll shoot treys, but curious if he works on his inside game…he should and might be 6-8 220-ish next year.

I’d take a C/BF and PG in portal though. 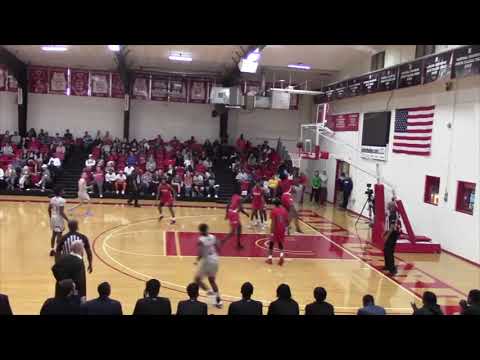 Plenty of post-up potential…this is his chance, kid is 23-24 years old, time to take advantage of opportunity. 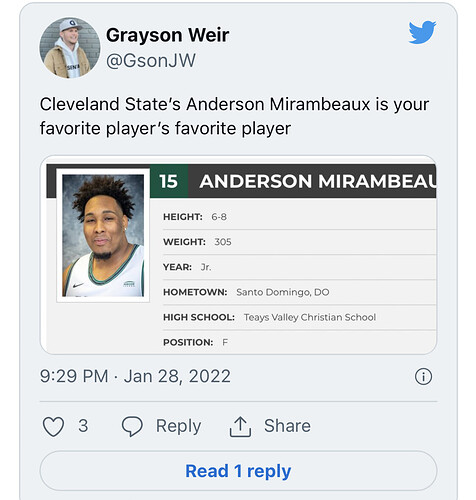 In looking at our power forwards and centers ( 5 guys) one thing that strikes me is that none of these guys shows any back to the basket or post up offensive moves. Etzler is primarily a 3 point specialist, the other 4 seem to score by driving to the hoop, or cutting to the hoop to catch passes and finish. Are we going to play an open post offense ( like Toledo the last two years, for instance)?

I can’t say that I’m super familiar with how Xavier played, but doesn’t Steele run a more or less pro style offense? There’s hardly any back to basket post play in the NBA any more.

I had not watched that video before, and he has 6 or 7 back to the basket post up moves on this. I stand corrected in regards to Anderson M. It looks like he does have a post offense inside game to go with his perimeter shot, dribble drive, and Offensive rebound game.

I have not watched a lot of video on Rylee either, but I did talk to a guy who went to watch him play this year after he signed with us, and he confirmed to me that Rylee did not show a back to bucket post up game.

Yeah, I’d think on Rylee it would be potential only and development (I’ve only seen one…slash, put-back, dunk game)…but Anderson and Harrison (did not see a lot of perimeter from Harrison, although I fully aware he played there in HS, just did not look comfortable at D1 level out there…he seems to be trending to PF), likely.

We could use another.