Picked to finish 6th in the conference. Start season at UT-Martin:

So far, only a LiveStats link for these games.

Killgas: not sure when you were at Miami but did you possibly know Jim House and Bob Kitchen from Miami’s 1977-78 teams?

Might actually have some decent weather for the home opener on the 22nd.

No…I graduated in 2001. I do remember watching Dave Lapham’s son playing. It was the 1997 season…I’m at a game and hear this familiar voice in the stands. When I looked over it was Dave Lapham!

House was a heck of a player. Started four years. Combination of power and average.

Cool that you knew him, Eddie …we played together in the Cincinnati East-West all star series our senior years of high school.

I remember Jim, I was student manager on the '75 team, great fun watching all the talent, including Charlie Liebrandt. Big Freshman group that year

Mac baseball was epic back then. I believe Ohio had Mike Schmidt and made it to The College World Series.

A lot of talent!!

I was hoping to be a part of that group at Miami but a few weeks before the start of freshman classes in fall of 1974, I suffered a serious injury to my ankle playing pick up hoops…was still in crutches when school started and baseball tryouts were held…never healed quite right and lost much of my speed and my baseball career was over.

I do remember watching Dave Lapham’s son playing. It was the 1997 season…I’m at a game and hear this familiar voice in the stands. When I looked over it was Dave Lapham!

Roster brings back a lot of memories. Danny Hall went on to have a great coaching career, I think with Georgia Tech. Mark Naehring’s brother played several years for the Red Sox before an injury took him out. Bill Doran and Charlie Liebrandt had good major league careers.
Craig Bachman was from Harrison, OH.

Great group, I was a team manager in '75 and primary batting practice catcher. A lot of fun just being around these guys.

Bill Earley too…he finally made it to the majors a decade after being drafted and pitched 3 shutout innings, never to pitch again at the MLB level.

That’s a strange deal there but at least he can say he was untouchable!

Yeah it was weird because he had a number of very good years in the minors but never got much of a shot in the Cubs and Cardinals organization.

… went to Elder in high school…

Bill Long was a freshman in 79 and had a nice career.

And let’s not forget Kevin Rostenkowski! 4th-round pick by SF. Incredible stuff. I remember a shutout vs. Purdue (7 innings), and I think he had 14…maybe more…strikeouts.

Just didn’t work out though. (Yes…He was drafted ahead of Rickey Henderson!)

And yes…That’s Kevin next to Rick Goins! 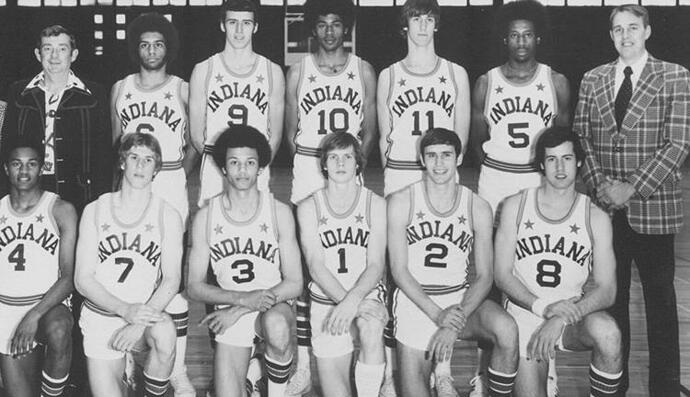 Eddie, I looked up Kevin in the baseball Cube but he has no minor or major league stats…did he get injured?

I believe so. May have been other things going on as well.

I got to know Kevin a bit when we were at Miami. He was a great guy. Hope he is doing well. Billy Doran ate lunch in Alexander Dining Hall on Western Campus and was always a great guy to talk with. He had a lot of success at the major league level with Houston and the Reds.

For those interested, Miami Baseball had their season opener today. They beat UT Martin 15-6.