UC at Miami Wednesday at 7...RED OUT!

Miami is 5-1, UC 5-2. Both teams started out 5-0. All Time UC leads 94-52 and has won 13 in a row in the Rivalry. The game can be watched on ESPN+ with Steve Baker and Randy Hollowell. Many promotions , including the Firecrackers at halftime, Devin Davis Night ( 3rd all time in both points and rebounds, and first in Hair), and Carnival on the Concourse.

UC, as always, is big and physical and excels in defense and rebounding. They play a lot of guys and are led in scoring by 6-0 SR David DeJulius at 12.7 and 6-7 JR Jeremiah Davenport at 10.7. Rebounding leader is 6-9 Jr Ody Ojama at 5 rpg. The have several other big guys. Here is who they have played:

Dalonte Brown will tie the all time Miami record ( Ron Harper) for starts with 118. Brown leads the MAC with 94% free throw shooting

Dae Dae Grant is 4th in the MAC at 17.8 ppg and is 13th in the nation in a/to ratio at 4.80.Doors open at 5:30 and there are giveaways for the fist 3,000 and the first 1,000 fans. This should be an entertaining and fun filled event. We will have to dal with their size and physicality, but we are very experienced. It would help if Brown and Ayah can stay out of foul trouble and play more minutes than they have been.

Dalonte Brown will tie the all time Miami record ( Ron Harper) for starts with 118.

Is Dalonte a go for tomorrow?

I am so pumped for this one, for obvious reasons. I knew this was a rivalry in the past, but I had no idea that we’ve met this many times. ESPN still has us with 62% odds to win, which I find strange. I see UC being favored by 3-4, but none of this really matters.L

Last big home game was nationally ranked UB two seasons ago, and we fell behind something like 18-0 out of the gate. We made a game of it, but that start understandably took the crowd out of it. Can’t let that happen tomorrow. Let’s go 'Hawks!

Good question, quinoa. Any word on Brown’s status after leaving hurt early in the 2nd at WIU?

Geez, tell me Dalonte is playing?

UC is favored by 3.5, about what I expected.

a win would be fantastic! I was still kind of young when Miami last beat UC in hoops and or Football.

Any local buzz about tonight’s game. I wish I could swing it but the 8 hour round trip drive in the middle of the week didnt work with my companys budget schedule

Yes, he is expected to play.

Good, thanks. There’s nothing in the game notes about an injury, but I wanted to be sure.

When watching UC, they look like a team in which everyone knows their role, impressive when playing for a 1st year coach. DeJulius transferred from Michigan a couple of years ago, so as a Beilein recruit, you know his basketball IQ is high. Don’t let his shooting numbers fool you. He can go on a heater just as Grant can do the same for us. Saunders, not Madsen, was the other guard that stood out. He wants to attack and is fiery. Davenport is a good player that could actually be more aggressive. UC’s bigs rebound well and play physical, though their 2 bigs that come off the bench can step out and shoot.

We’re good at shooting and taking care of the ball. UC’s good defensively, especially against the 3, not giving up a lot of attempts and a poor conversion percentage on those attempts. We’re one of the worst at 3 point field goal percentage. UC isn’t very good at shooting the 3, but they’re capable. UC’s shooting cost them vs. Monmouth: 4/28 from 3 and 9/20 from the foul line.

30 minutes to tip-off and not a lot of excitement in here.

Lot of traffic getting through town. I’m thinking/hoping it will pick up here shortly.

Last couple of years basketball has been really hard for me to watch. Go Hawks! 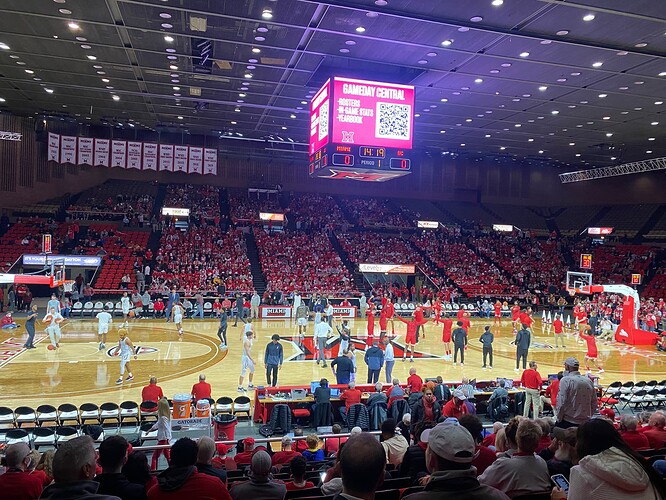 Thanks- is that the student side?

Wait what are those things in the seats? 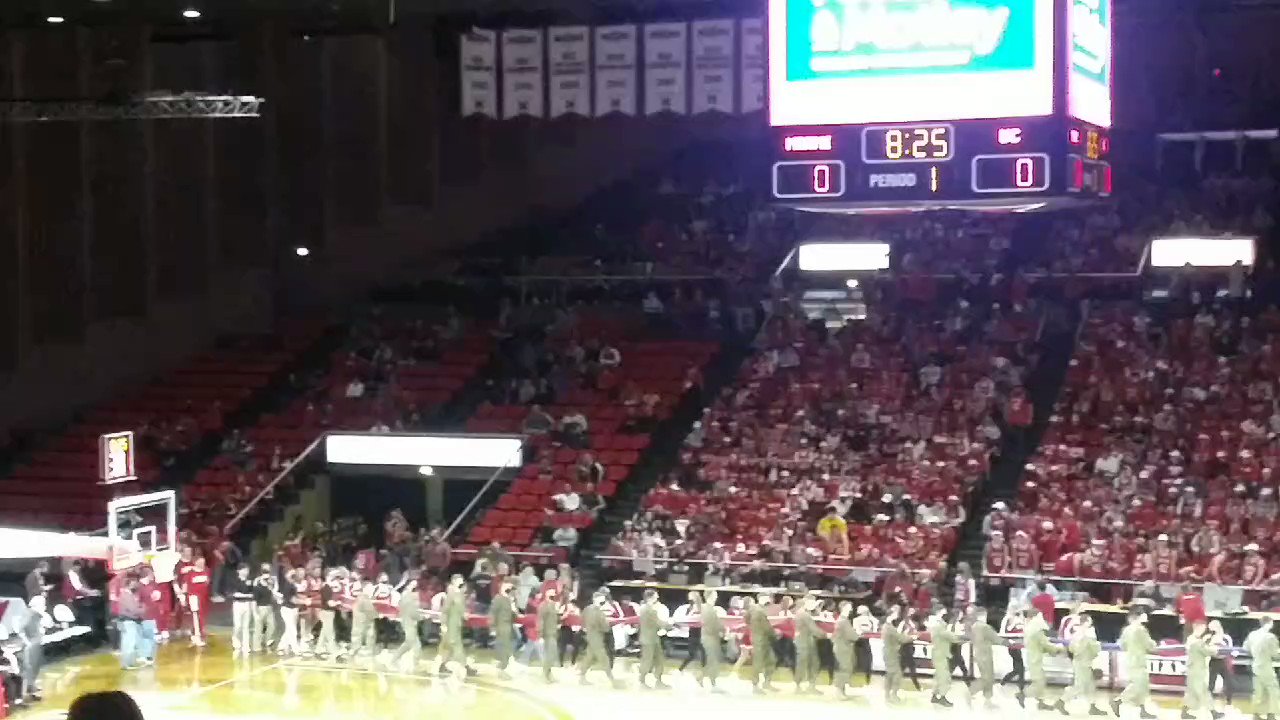 Any idea the split of home/away fans?