The Aces Are Wild Box

Random thoughts: Mirambeaux’s initial game was one of the best ever for a Redskin or Redhawk…Yofan with 8 points and 3 steals in 14 minutes…Stats were VERY close. Two more FGs for the Aces.

We were outshot and outrebounded a Miami tradition of late…folks first game, missing several guys, losing a key guy late that was heating up, Siberian-cold start…thought we did some things that were good, and maybe looking for an adjustment sooner…other than losing to Evansville repeatedly and has to be tough for Mehki…it’s a move on and regroup.

Have to figure out how to get Mehki some open looks, go from there.

Update: Beaux played 31 min? Night in night out, not sure but impressive…Mehki never got a breather? 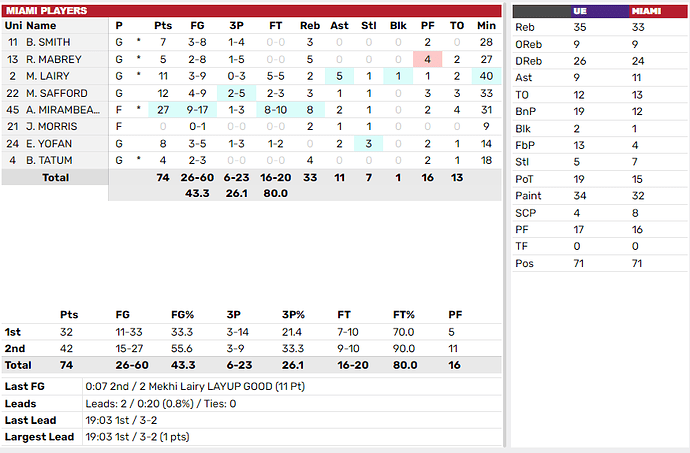