Bachman is now the #2 prospect in the Angels system. Reports here in Orange County and from baseball media more generally say he’s on the fast track to make the big leagues this year. The Angels are really impressed by his fastball (which touches 102) and his slider, and Bachman has made huge strides in developing his changeup, which he rarely had to throw in college. 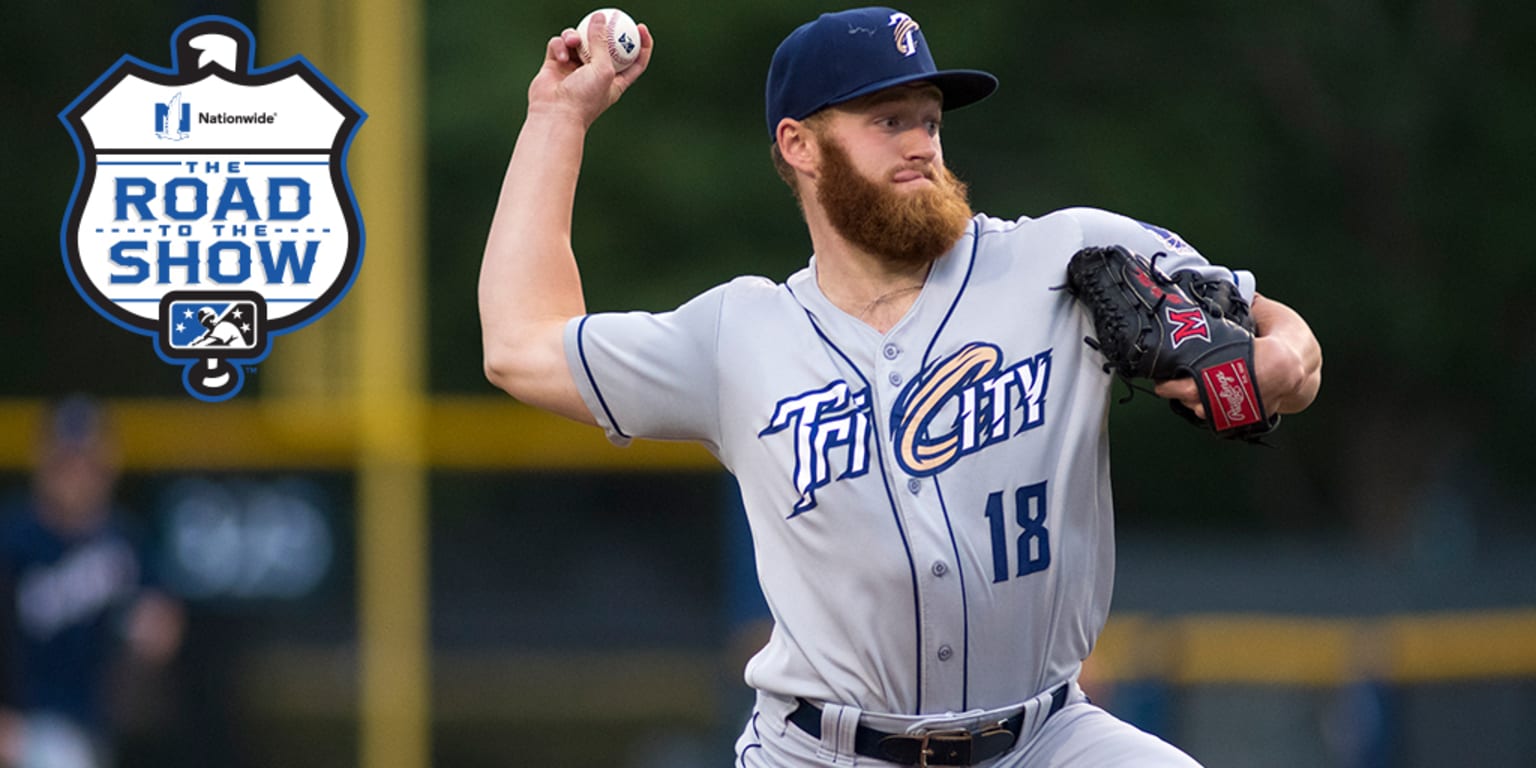 MiLB.com's Scouting Report series spotlights players who are just starting their professional careers, focusing on what the experts are projecting for these young phenoms. Here's a look at second-ranked Angels prospect Sam Bachman. The Angels...

Sam started his first AA game tonight for the Rocket City Trash Pandas. He went 3 innings, giving up 1 hit, 1 walk, and getting 1 strikeout. It was a lucky break that we were going to the game tonight and got to see him play. I saw him during warm up and gave him a little ‘Love and Honor’ shout out. I’m sure he was thinking that I was some weirdo. 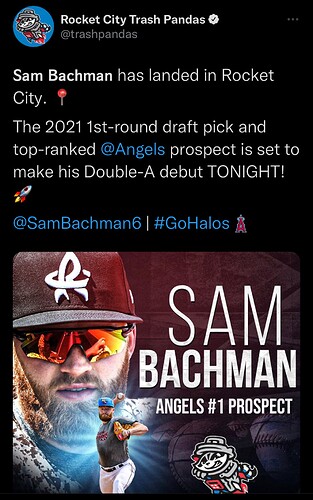 Good job by the Angels fans who threw a fit on draft night when the team selected Sam over Kumar Rocker. How is that working out for all parties involved?

Bachman has still yet to give up an earned run through 11 innings. 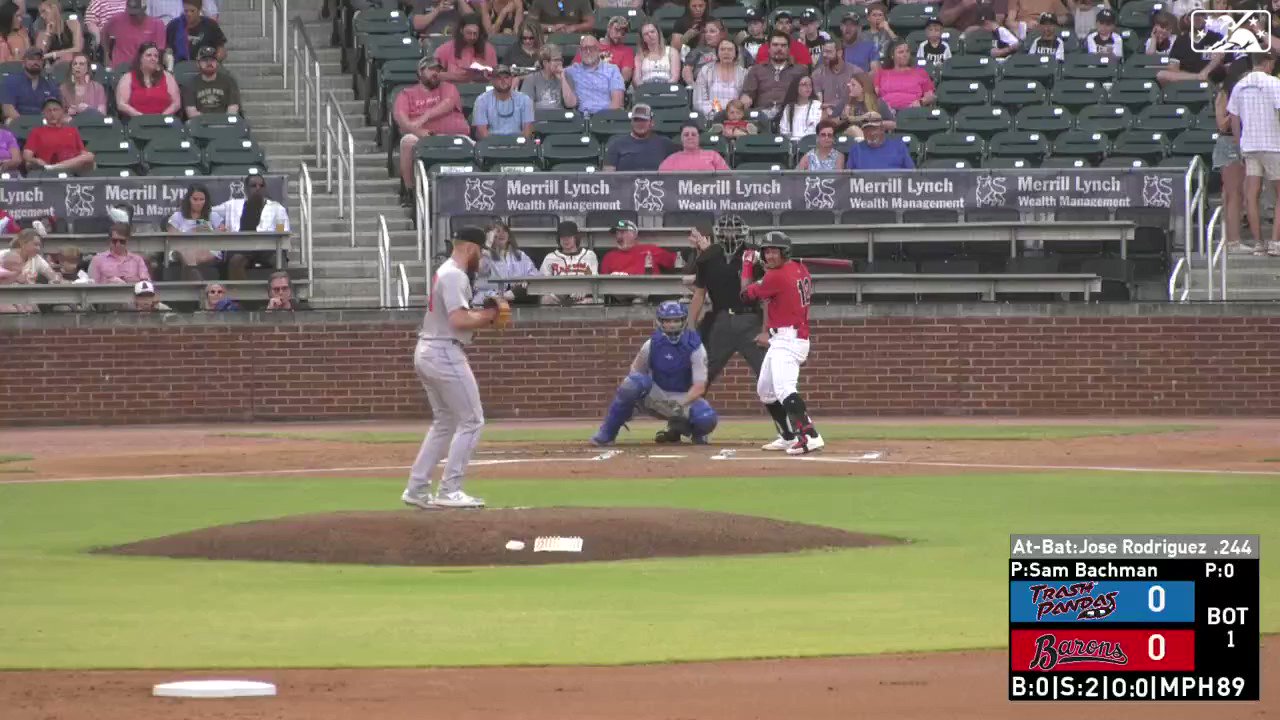 AAA may be coming after the All Star break.

Back spasms again. 83 pitches did it.