Bake and Chuck mentioned in today’s NLI show that Ryan McWood will be returning next year. Guessing that means he was granted another year of eligibility due to injury. Great news!

2019: Played in 13 games, all starts … led the team with 99 tackles … added 5.5 TFL, 1.5 sacks and a forced fumble on the year … recorded double digit tackles in four different games … had a career-high 14 tackles in a win over Northern Illinois … had 13 stops at Ohio … opened the season with 10 tackles at Iowa … had nine tackles, a forced fumble and a fumble recovery in a win over Buffalo. 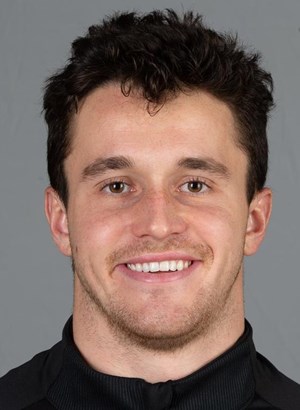 Ryan McWood (35) Linebacker - 2020: Started in all three games … had 34 tackles, 3.0 tackles for loss and an interception on the year … was named MAC East defensive

What am I missing?

What am I missing?

Yeah, it’s probably not extra year being granted thing, just that you wouldn’t expect someone to stay six years so it’s worth announcing he is.

Yeah I guess I misunderstood because, when he got hurt, CM made it sound like they were going to have to petition to get another year for him. But clearly he already had one. Oh well, just glad he’ll be back.

I thought 2020 was only a free year for would-be seniors?

2020 was not counted towards anyone’s eligibility regardless of class year, it applied to everyone.

Exactly…why seniors…every eligible, active student/athlete during 2020 gets another year…it was only 2021, or 2020, either…but I think 2021 that it did not count against scholarships…now it returns to normal scholarship situations (slightly different for football than other sports maybe on how that works).

So programs have to decide if they want to award another scholarship to give a player one more year…instead of investing in another 4 to 6 for some other student/athlete.

Glad to have Mcwood back. He will be a big help on the defensive side of the ball.

You could replace Mcwood with Mc Rib and I’d be just as happy with the news. And this is great news!

The Miami website shows that McWood was on the 2016 roster despite it not being in his bio. If that is true this will be his 7th year affiliated with the team. He will be 25 next fall.

Yeah looking back at twitter, he committed to Miami as a PWO in February of 2016. So the fall season of 2016 should have been his first. So I’m guessing additional steps were needed in order to bring him back next year.

Some of these guys are going to have elementary school age kids before they use up their eligibility. It’s even more exaggerated with hockey where D1 kids normally play juniors until they’re 20 and then sometimes do a redshirt year before playing their four years. Add on the free Covid bonus year and you’ve got some guys up to 27 years old at the finish line.

At the beginning of the season, McWood and Pace were our starting lb’s, while Salopek was the nickel back. Salopek could return to nickel back or go to safety where we are losing both Brown and Weatherford. Weatherford actually could have another year of eligibility but he has been mentioned getting an invitation to the Senior Bowl so I guess he is moving on.

Both are for a limited time only.

College is absurdly expensive right now. If you have any inkling that you might want to get an advanced degree at some point, you might as well do it while it’s free. I believe Precious Ayah is in his sixth year and is working on his third degree right now, which means he’ll probably have saved well over $200k in expenses by the time he’s done.