Great write up on this. I was hoping someone would cover this story for the game

Ron Harper Jr. on Dayton: ‘I consider this place to be a big part of me’

He’s known as Ron Harper’s kid. He’s been told he will never be the basketball player his dad was. 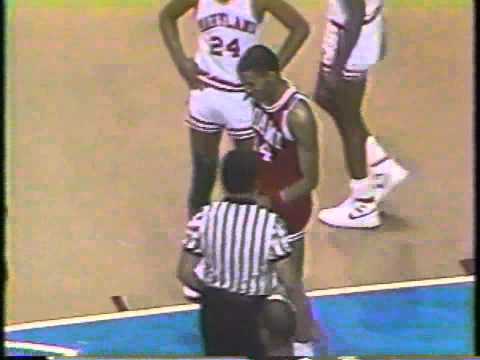 This made equal parts proud and sad.

We had a final possession to win and Eric Newsome decided he was the best choice to take the shot. Harp never touched the ball.

Sad for Miami, and Len. But so awesome to watch us when we were good! You all of the 70s-80’s Miami history totally won. I want to win like you.

Uh 1990s were pretty good…if not the best…my intro and time at Miami and shortly after…why I’m such a bullish prick on here about bball…Oh no, Jack O,

A bad year was one we can only dream of these days…in fact Jack typically produces the inverse of worst of 1990s schedule.

I lived the 90s myself (in person!) and yes, some of those teams were as good or better than any in history. Good point!

And I am sure the 97-98 year would have been way better without devastating injuries. That group making the MAC final was amazing

I also seem to remember the 90-91 team was cruising at 15-7 and ran out of gas (also maybe an injury to David Scott). We were getting huge weekend crowds and it was Joby Wrights first season. But I remember losing a home game to Charlie Coles Central Michigan team that was a bad surprise

Yeah the “disappointments” we had back in the 70’s, 80’s, and 90’s were more of the excruciating close losses we had in NCAA (and occasional NIT) tourney play, not being a perennial second tier team in the MAC as we have become.

We just had some classic Harper/Miami vs. Maryland highlights on the halftime show while the studio talking heads were discussing Harper Jr. playing for Rutgers.