Picking up the pieces: How can we survive and advance?

Although the magnitude is significantly less, it would appear we’re in a place similar to where we were after the OSU game in ‘19 - a demoralizing and embarrassing loss to an instate team - this time 1-7 Ohio - with Buffalo coming to town next.

Like Frankenstein’s monster, we came to life midway through the third quarter but there were just too many nails in our coffin to be able to pry it open for the escape.

There won’t be much fan support at Yager next Tuesday on a cold November night. The weather won’t bother the Bulls so I think the boys are just going to have to dig deep and find something inside themselves for each of the next three scheduled games. From now on every game is an elimination game.

Martin must have (maybe) challenged the players to a six game winning streak starting last night. Four regular season, the MACC, and the bowl game. Last night should have been game one of our goal. Instead, it turns into a cluster fuck. Why this continues to happen is hard to understand. Blame the coaches or the players? Players play, and they failed miserably in the first half. Or was it the lack of preparation by the coaches? Then, when we had chances late to go ahead, we, as Blues said, “shit the bed”.
I love Miami football but it’s become like a bad marriage. One step forward, one back. Or maybe two. I don’t have the answers but this under achieving must end. As the saying goes, you can’t fire the players.Therefore…

Truth is we still control our own destiny. That’s not too comforting the way we played for much of last night, but obviously we’ll all feel a lot better if we beat Buffalo next week. Then all that is between us and Detroit is a substandard BG team and a MACC play-in game @ Kent.

Yes, OU was 1-7, however in the MAC they have their 3 games by a combined 11 points. They were also winning at least one of those 3 losses very late in the game. How do we survive? We win the next 3 and still win the East. We have two games remaining at home and one on the road, it’s very doable.

I would not be Martin Miami football unless we take the.most difficult path possible.

It has been the same every year. It has never been easy when it could have been.

I hold out hope in that Chuck’s teams have usually played their best at the end of each year.

Yes, I am a glass half full guy. I could not continue following this team if I wasn’t.

This is true, and while we know OU has played decent in MAC play…we were truly awful most of the game, and still had several opportunities to get it back and could not.

Anyway…I’m sure we’ll see more dumb, poorly executed run plays, 4th and inches with 170 rbs, and ill-timed penalties, delays etc…it’s too bad as the east was theirs…it’s still possible, but Chuck Martin’s inability to win important or meaningful games has all but squeezed the life out of this program.

When in the second half, outside the first MU and OU drives, were we truly awful? After that it was our best football of the year. Our defense stopped them every time until that third down where tuggle broke through, and our offense was unstoppable (except on a 4th down).

The entire first half awful…then key mistakes throughout the second.

Listen there was a great performance by Sorenson and Brett made some long completions under duress (it’s not like these were high percentage plays or throw…even a tipped TD catch)…Jack was the difference…I would not say we looked good doing it…Jack did, but that is mainly what stood out.

There were some key moments where the D looked good, then equally awful. The entire game, we generally looked to have little to no intensity or focus.

Maybe I need to watch it again…just don’t want to… I mean we gave up 35 points to OU.

This causes Miami and Kent St to finish tied for first at 4-4, with Buffalo and Ohio both at 3-5. We win the division based on the head to head tiebreaker. We lose to NIU in the conference championship game to finish the year at 5-8. Chuck gets another extension as a reward for once again being the tallest midget in the MAC East.

But that doesnt make me feel any better about last night. We were playing our biggest MAC rival and they are having a bad season. We were 7 point favorites and they were 1-7. And yet we were losing 28-0 in the third quarter.

Yes it was fun to watch us move up and down the field once we got in that hole- but guess what in the first quarter vs Buffalo we will be right back to trying to win 17-14 games with uninspired running plays and predictable series.

This teams best offensive players are the WRs, Homer and Gabbert. We should pass 50 times a game and try to score 40 points a game. I know Chuck wants to run (i like having a good run too) but that shipped sailed 3-5 years ago in Oline recruiting- this group cant squeeze out a yard on 3rd and 1. If I see another 2nd and 10 run up the middle for 3 yards I am going to scream louder than last night.

We need to be way more aggressive on offense. The way we started the game last night took all the momentum away from a great defensive stand

I’ll be glad that the Tobymac concert was scheduled for next Tuesday night. I’ll go enjoy the music rather than freezing at Yager, and I can see at the end how painful the game was.

With all the game film these coaches obsess over, whybin the hell does our O coordinator think we should run the ball every friggn time in 2nd and long? And I agree with the posters who noted that the defensive splits we faced on 4th and short allowed a pretty easy wedge for a QB sneak for the yardage. I get Gabbert is fragile but in that OU game was really needed to convert those chances. 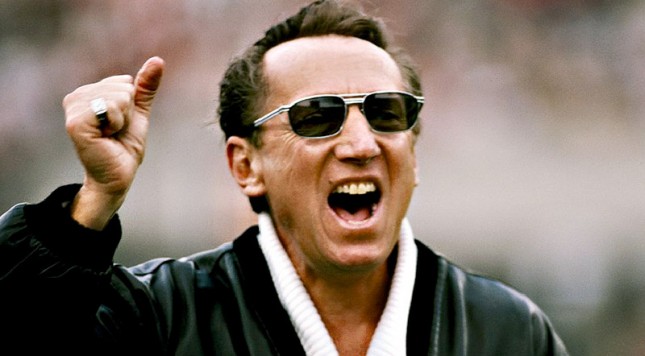