Dom is going to be an intriguing prospect for a lot of NFL teams. His move from WR to DE has gone well, but it’s not like he’s been dominating (no pun intended). However, the physical tools are all there, and he flashes on enough plays to make you see a light at the end of the tunnel. I’m sure he’ll put up good numbers at the combine, so getting the invite is a big win for him. Curious to see where this all takes him.

25 bench reps for Dom, which is great. Should be towards the top for his position group. Curious to see what his 40 is later today.

Hustle Belt on Robinson’s day. Standout on the measurables, with some slip ups in position drills. 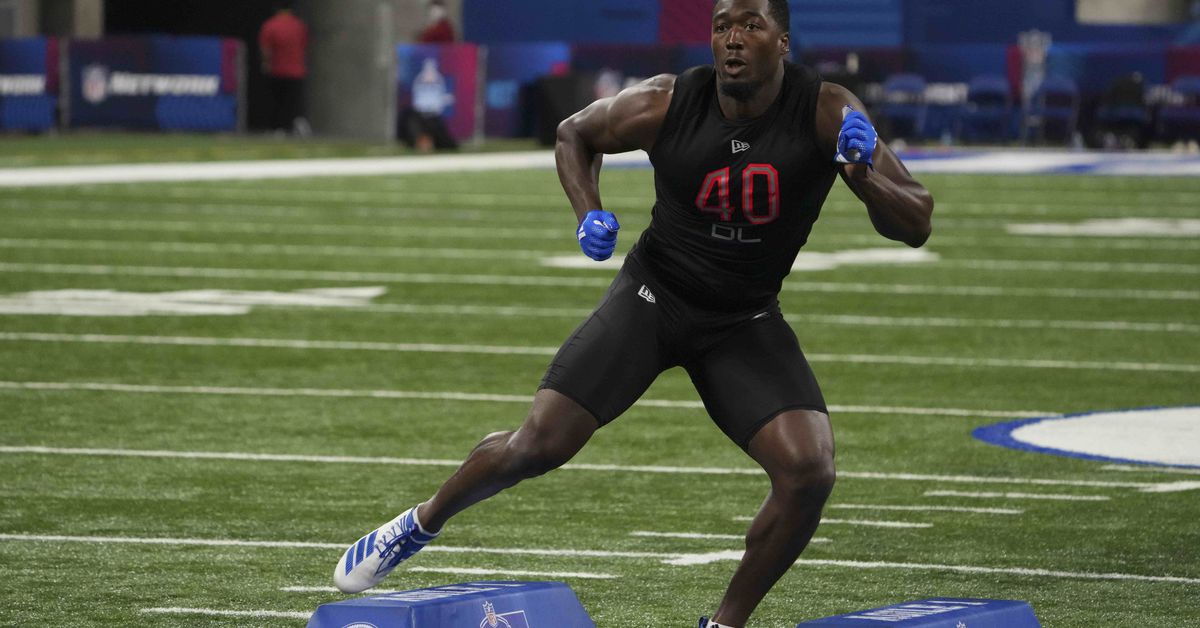 Robinson was the lone MAC representative in Saturday’s workouts, showing off great potential in the process.

4.72 ain’t bad. And yeah, I noticed he had an issue with his cleats. I’m guessing those were new and not ones he was used too. I’m sure he’ll be more comfortable at his pro day and have a better field showing. The measurables didn’t disappoint, which I think will only continue to bump his draft stock.