Heading to the game today. Are there any new policies for Goggin i.e, clear bag etc.? Couldn’t find anything special on the website.

Jealous! I don’t know the answer to your question but the leading lady of hockey might ( although she’s out possibly as nary a peep from her on the first game). We lost 5-3 but again seem to be a notch better than before. If we can up the defense a bit we might split tnite. Bring us a win!!!

I don’t think there are any special limitations on bags. They are still checking them right inside the front doors. 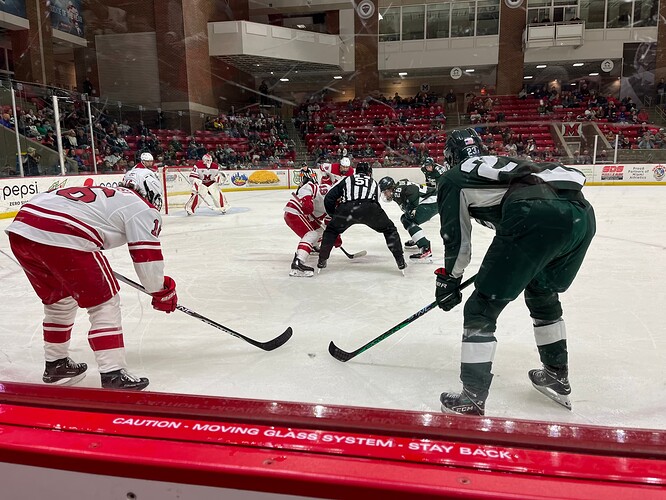 Not going so well on the scoreboard.

We’re playing so much better than the score would lead one to believe. Penalties killing us, as usual, and MSU’s goalie is pretty much standing on his head.

Also, just for fun…here’s the last time I was able to get to the Goggin: 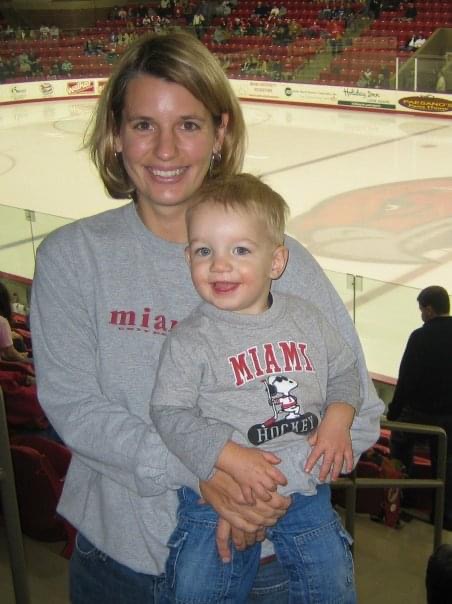 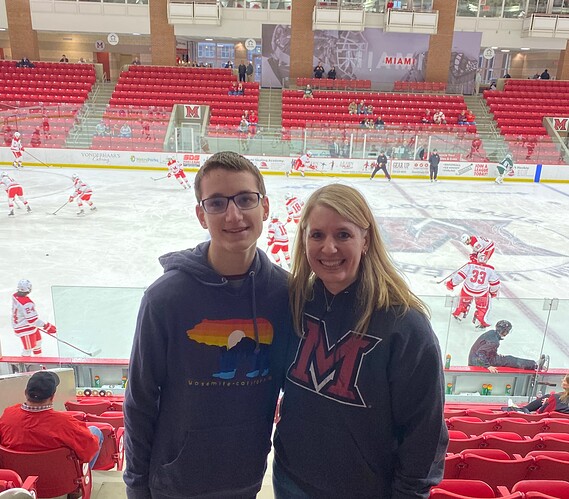 Well said. Surprised I didn’t run into you!

The Toddler is no longer the Toddler!

Not gonna get to see the game tonight, but I will see Curtis McKenzie and Riley Barber play for the AHL Stars. It’s Harry Potter night for the Chicago Wolves!!!

Nice! I was right across the ice from this picture. I wasn’t in my seat yet, but I was there. Welcome back to town!

I feel like with the leading lady of hockey back we have a chance to win. Make it happen!
Edit: saw the final. Balls!

If only I had some sort of magic when it comes to Miami hockey…I can’t remember the last time I got to see a win in person. Although I did at least catch two ties at CC last year (and two miserable losses at DU), so there’s that.

This team is so frustrating. The potential is there, they just can’t ever seem to put it all together.

Regardless, it was great to be back at the Goggin again. And to get some Bagel & Deli afterward! Tomorrow: a toasted roll, along with dragging my uber reluctant teen (who absolutely refuses to consider going to college in Ohio) on an unofficial campus tour before heading back to the airport. And hopefully it won’t be another 15ish years before I get to see another home game!

I hear your concerns but think we will still suprised a few teams.

My first game of the year too. I would agree with your comment, we were not playing that poorly, usually shots on goal will tell you that, and we outshot them 39-29 and held MSU without a goal for 1:44 on a 5 on 3 power play. Their goalie was great and they really did a good job of packing it in around their goalie when we had scoring opportunities.

It was a very small crowd with lots of Spartan fans and no students or pep band so the atmosphere was not great.

Glad that you made it back for a game.

The “powers that be” on athletics scheduling can’t keep taking fill-in
games like this weekends hockey (;Thanksgiving weekend)and the Freakin Homecoming football game on
“ fall break “ ( most students were GONE,ask Brixx),and , hockey on Halloween, and whine about attendance/ revenue.

How about hockey in Jan on New Years Eve ? What a cluster.
They’ll get about 200 fans.

and whine about attendance/ revenue.

I think the coaches complain about that stuff with justification, but you rarely hear such complaints from the folks in the ADs office who actually handle scheduling. Because they know the revenue is coming from mandatory student fees regardless of whether students (or anyone else) attends anything.

Wait until that gravy train comes under scrutiny. Just sayin.