7:30 Monday in E.A. Diddle Arena. I saw Western Kentucky and their 7 foot All American Jim McDaniel play in the NCAA regional at UD about 50 years ago. E.A, Diddle was their coach.

WKU is 0-2, as they have lost two games to SEC teams. They lost by 9 at home vs Vandy and by 18 at Missouri. They beat us by 2 points in Oxford last season. Western is led by Javin Foster at 18.5ppg and 8.5 rpg. They have 2 other girls averaging 8ppg.

Miami is 1-2 and is led by Maddi Cluse, who is 9th in the nation at 24.7ppg and also averages 9.0rpg. Ivy Wolf is averaging 13.5ppg. Both are sophomores. The team is still waiting for Peyton Scott to return to action as she has been practicing for a couple of weeks now.

There is tv coverage on the CUSA network for a charge of 9.99 per day.

Do you know when Scott is going to be back? She adds 20+ points a game hopefully

No. I am guessing she will be wearing a strong brace, which might slow her down. At one time I remember Coach Hendrix stating that we might not be at full strength till December. They have also talked about being fully ready by MAC play (January). It is also possible she could start playing any day as she has been practicing all month ( as far as I know).

WKU91-Miami 55. ESPN box doesn’t show minutes but Maddie Cluse was 0-2 from the field and finished scoreless, indicating she probably didn’t play much. Peyton Scott played and was 0-3 from the field with 1 assist and 3 fouls. Again, no idea how many minutes. An astounding 35 turnovers.

Scott played about 2 minutes each quarter, 9 total. Cluse played 14 minutes and did not score. She did not play at all in the second half, she took only 2 shots in the game, both 3’s. We were ahead 22-21 in the second quarter. My guess would be Cluse got hurt in the second quarter and did not play again, or she was sick and they tried to play her but gave up on that. I went through the entire play by play and never saw Cluse listed after halfway through the second quarter. Sydney Johnson also does not appear in the boxscore, so probably she was sick or injured. Katey Richason, who missed the last game with sickness or injury ( I guess) had 11 points and 9 rebounds, both have to be career highs. Ivy Wolf played 33 minutes and had 17 points, but it would not be telling the truth to say she had a good game as she was 1 for 8 on threes and had 9 turnovers. Our bench was really exposed as they all played a lot of minutes.

With the continuing issue of turnovers, the fact that they had 35 TO’s is unreal. It is also an indictment of the coach. How she tolerates 20+ to 35 TO’s is incomprehensible. How she (Hendrix) doesn’t do something drastic, like play 3-4 players who will not turn it over, is further indictment of her coaching… Can’t do that? BS. TO’s are often mental mistakes. To sit and watch that happen is beyond my comprehension. Hell, I’d pick out 5 girls in the crowd and give them a uni. Probably couldn’t do much worse.
Complete breakdown of discipline, teamwork, and focus. Those things can be changed with a new leader. I have not taken a position on her retention, but this is the killer. She should be gone today. Let a G.A. coach.

I don’t care who you have on the floor. If Miami is playing anyone but UCONN or South Carolina, we should never, and I mean never, have 35 turnovers. That is 25 to many. This turnover fiasco has been a plague on the team since Hendrix took over.

I said it before and I am sticking with it. These players could not have had this many turnovers in high school. If they did, why did we recruit them, if they didn’t, which I believe, then this coach should be fired asap. 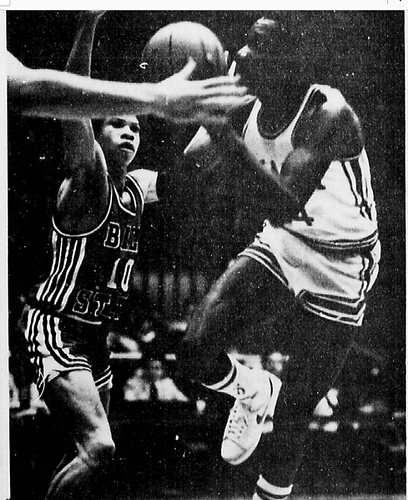