In an unprecedented Championship, The Electric Mayhem won the final match. Ten teams were in the playoff hunt as the regular season ended. 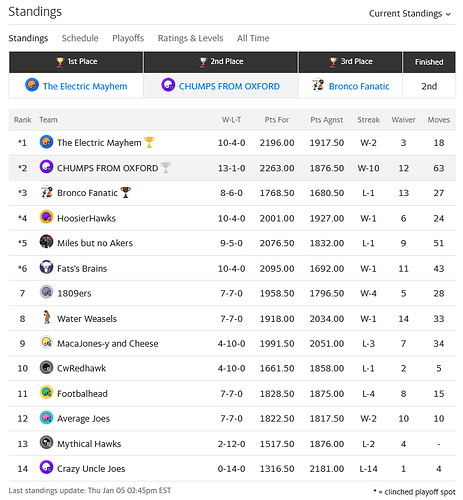 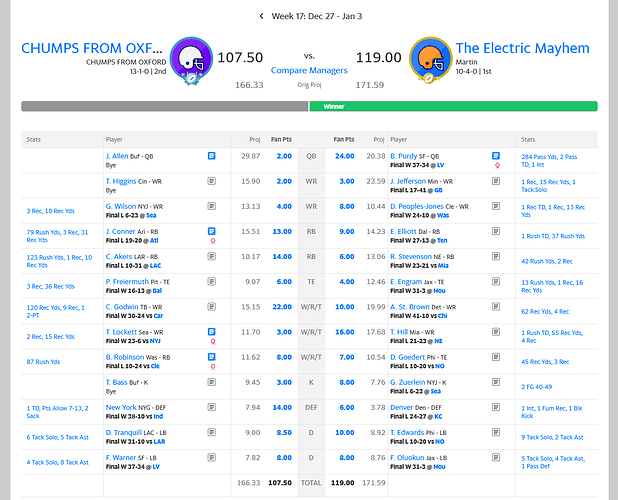 I think Chumps should win the title. I was only 20 some points ahead going into the MNF game and would’ve most likely lost since Chumps had Josh Allen and Tee Higgins. If there’s a way to cede the title on Yahoo, let me know in case I can’t figure it out and I will.

Hey…I didn’t know you were the Electric Mayhem!

And by the way…I did catch a break with Jefferson. I assumed he was good for at least 30 points! 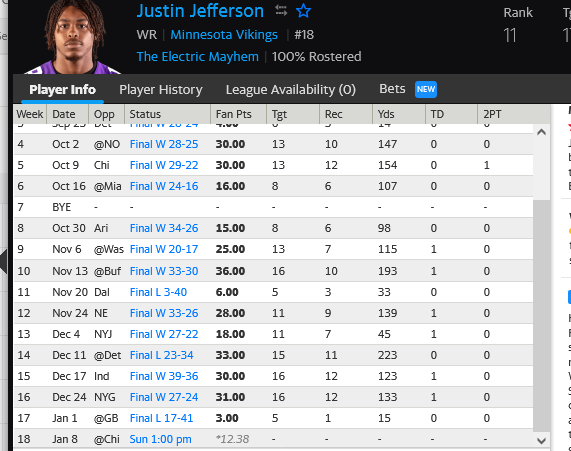 Re 0-14…Roster wasn’t touched since October 17th. That will do it every time.

Yeah, ‘‘twas totally my fault….have to do better next year!

Typically, you’re right there battling for a playoff spot.

Yeah, I’ve been busy prepping for deployment #4, this time to Eastern Europe……

Commish could have given that team their projected points or the average of the last four weeks.
Either of those would have been the better decision than to let the 0 points stand.

It was crazy. High-end QB, WR, and kicker. But…I wasn’t going to overturn Yahoo’s decision since I would be the only benefactor.

Maybe a rematch next year!