Question: does the head coach have any sway in our schedule? My assumption is that basketball has more flexibility than football (more games!) but maybe only the AD controls this. Would love to see us start playing local D1 teams if only to regenerate rivalries. Possible?

Yes. Coach Rutter handled the scheduling for the basketball team and Sayler worked with him too make sure the budget worked.

First order of business on the scheduling side will probably be figuring out who we’re contractually obligated to play. Then I would guess we’ll see if this is a staff prefers leveraging multi team events like the previous one. You get to play additional games to prep for conference play and the financial numbers can work well if you’re willing to host like we did the last few seasons.

There used to be a website all the coaches would post dates they had available and what kind of game they were looking for, but I think it’s private now.

I would just love to see us lose D3 games unless they are played as exhibitions. Certainly understand the complexities that come with budgeting but since I don’t wear a green visor for my job, I’ll wager even if us playing Wright, Dayton, UC, X, NKU, and any close regional options costs more, it helps our brand more.

Given the ties between Miller, Steele, Xavier, and Miami, I wonder if we can swing a series with them at some point like the one we’re in the middle of with UC. Might make sense to wait a few seasons until Steele has built us back up a bit.

First order of business on the scheduling side will probably be figuring out who we’re contractually obligated to play.

Currently we have at least the following scheduled:

I don’t mind one D3 game. Three is kinda cringey.

I agree. Pre season is fine for D3 or D2 teams on our schedule. But you can’t have them in the middle of the season as they don’t get you any real preparation. Put another way, if the coaches ever feel like we need a scrimmage (and let’s be honest, that’s what they are) we have teams at Miami Hamilton or Miami Middletown ready to play us.

we have teams at Miami Hamilton

I even know of a guy on the Hamilton squad who would probably tell us all their secrets! 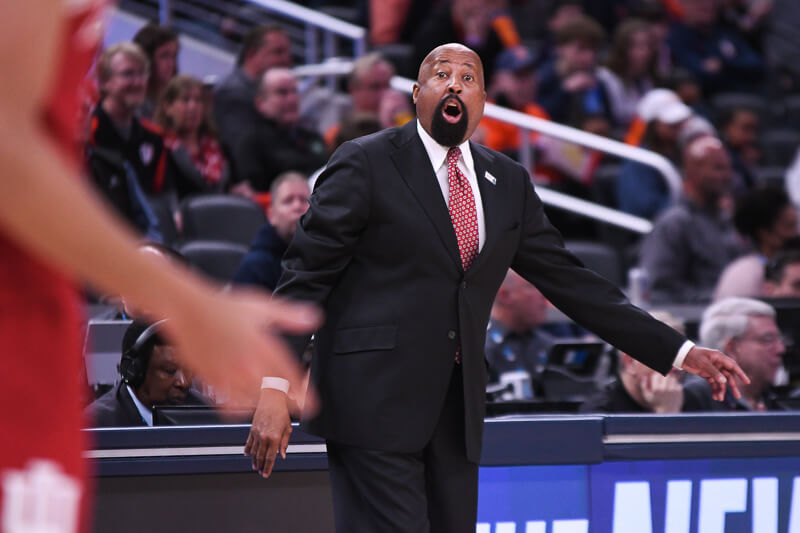 Hey,we are number 332 in the preseason rankings. Down from last year. Underestimate us at your own risk.

In that game, soph Ron Harper had 24 and was named the *Sports Illustrated * national player of the week. That is when the world was introduced to the greatness of Harp. Also, it was Steve Alford’s first game at IU. IIRC, after that game Knight was so pissed he ran a midnight practice.
However, Coach Hedric and Knight were good friends. Knight liked to play Miami b/c Hedric had us prepared, played def and was a good game (and a win most of the time). His friendship, and respect, for Coach Hedric is the reason Knight brought IU to play at Miami. Exciting event I still recall.

And all the fans over there are posting snickers bars and pics of cupcakes.

I saw Coach Hedric as I came through the 50th anniversary class parade tunnel at Alumni Weekend last month. He was in the line of people cheering us on.

I hope they’re handing them out at the game. Love me some Snickers & Cupcakes!

Looking at both programs since Jack Owens took over at Miami, exactly what has IU done that warrants calling literally any other program in the nation a cupcake? Made a First Four game? A SWAC team with a losing record can do that.