They are 6-1, UMKC was a couple games ago…they have Drake tonight.

If UMKC can get it done, Miami can with smart play, good shooting. 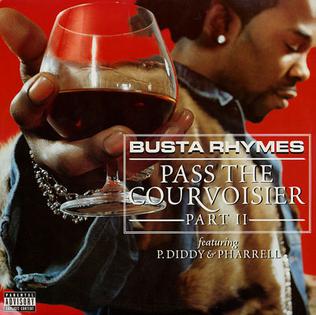 UMKC is tough to figure out. They lost to a D2 school, then a lot of good programs, then beat two good programs in Indiana State and Toledo, then went back to losing, including a bad loss to Idaho State at home.

The computers put Indiana State somewhere a bit behind Georgia (who is ~50 spots behind Marshall). Definitely a winnable game, but will have to clean up the defense and rebounding.

Steeele should be having a watch party tonight with the team watching this Indiana State v Drake game. See what they will face on Saturday.

I could be looking through rose colored glasses but I think Miami is a better shooting team than ISU.

Sycamores pulled it out…so this likely a stiff challenge, but opportunity for good win.

Here are my thoughts having watched the entire ISU v. Drake game:

ISU is a solid team. Experienced with lots of upper classman. Strong and physical but not overly tall. Their freshman post player, 6’10 Avila is interesting. Can step out and make threes and certainly doesn’t look like a freshman. This was a great get for ISU as he was the 6th ranked player in Illinois last year and 54th ranked PF nationally. ISU doesn’t shoot particularly well, although they move the ball well. But I don’t think they move the ball as crisply as we have the last two games, although Drake is a very good mid major team. I think our shooting is better. We can beat them, but we have to continue to play smart, move the ball, take the good shots, and do a better job on the boards. All things Steele talked about in his post game presser. This should be a fun game against a good mid major opponent. They are much better than Evansville.

Avila has improved every game he’s played in. They might be coming into Millett without Needed, who is one of their better outside shooters. A player went for a loose ball, hit the side of his knee, and he didn’t return. That was one of their worst shooting games of the season; coming into yesterday they were one of the better teams in the country for EFG%.

Their defense looked good 1 on 1, but I think it can be broken down if we pass like how we have the past couple of games.

In close games, advantage tends to go to the more experienced team. Drake forced some bad shots when after they tied it towards the end. ISU continued to run their normal offense. They got layups and Drake settled for bad jump shots.

The matchup between Avila and Mirambeaux will be fun to watch. Avila plays defense like a freshman and can be beat on cuts and with decent post moves. But he’ll force Mirambeaux to come out to the perimeter and open up the paint on offense. I think Morris will need to do a better job of moving his feet on defense and not using his hands when Avila drives. Also can’t bite on the pump fake.

To win, we’ll need a lot more out of our defense.

Posting some numbers, but for context, ISU hasn’t really played any big boys and I don’t think we’re the same team we were the first week of the season.

Based on a small sample size of the last 2 games, I agree completely we aren’t the same team as the first week of the season. As I said above, I think if we played Evansville now, we would win.

This will be a good benchmark for where we are at. ISU would likely be a top 4 MAC team. We should be able to compete with those caliber teams at home. I don’t expect us to win, but hoping we keep it close.

I expect us to win every game for the rest of the year!

I know that Evansville loss was going to look worse as the season went on. What’s our ranking, Jive?

Well we had a challenging start with our available rotation…so a total throw away game.

Teamrankings has us at 282, but climbing fairly quickly. I like their data because they tend to adjust quicker than others for players coming back and improved play in their rankings early in the season. They have ISU winning at 60% confidence, but they had Georgia winning at 80% confidence, so we’re moving in the right direction. Sagarin puts us as a 5 point underdog. Massey even more

This is a fun site because they track is week-by-week, but I don’t have a good idea of how accurate their data is: NCAA College Basketball Schedule - All My Sports Teams Suck