Well, here we go. The 2021-22 season opens up in Atlanta Tuesday night against the Ramblin’ Wreck. The Yellow Jackets and head coach Josh Pastner are coming off their most successful season in his tenure, finishing last year with an 8-game winning streak that included the ACC Tournament championship (COVID edition, they won their semifinal by forefit) before COVID took out standout Moses Wright for their 1st round NCAA game vs. Loyola Chicago, which ended in a loss.

This year, the Jackets were picked to finish 10th in the ACC by the media. They have preseason ranks of 54 in kenpom and 75 in Bart Torvik’s projections, respectively (we’re 137th and 129th in those 2, respectively). Georgia Tech returns 5 of their top 7, but the 2 that have moved on were arguably their most important pieces: Wright and point guard Jose Alvarado. Wright went from lightly recruited to ACC Player of the Year last year. Alvarado was the heart and soul of the Jackets, making big shot after big shot.

Michael Devoe leads the returnees. He was named 2nd Team Preseason All-ACC. He shot 40% from 3 last year. Jordan Usher will likely take on a bigger role in the frontcourt. He can finish inside, step out to the perimeter and is active defensively. Replacing Alvarado will be Mississippi St. transfer Deivon Smith. In his freshman year for the Bulldogs, Smith averaged 5 points, 4 rebounds, and 3 assists, shooting 27% from 3. Also, the Jackets bring in a top 30 recruiting class led by 6’6" wing Dallan Coleman, a 4-star that comes in with a reputation as a shooter with a high basketball IQ.

Offensively, the Jackets want to share the ball and get in the paint. They were a top 25 team in offensive efficiency thanks to ranking 20th in 2 point field goal percentage. How will that change with a new point guard? Defensively, the Jackets try to confuse you with a 1-3-1 zone that changes shape, somewhat like the old UNLV amoeba defense. But in reality, it plays more like a 1-1-3 matchup with overly aggressive wings. The same zone principles apply, overload one side and make the zone move with quick passes and pass fakes. Georgia Tech isn’t overly tall, but their athleticism makes up for it. We’ll have to rely on what made us successful last year: accurate 3-point shooting and a limited number of turnovers. Georgia Tech was in the top 20 last year in the percentage of defensive possessions that resulted in turnovers.

Going to be tough starting a 6-6 and hobbled 6-7 in froncourt, not sure we have more than five rebounds…with that lineup.

Bummer we have all these injuries, seems inordinately high…which just seems to plague us.

Ames and Eli have to play…and Miami has to shoot well to make this a game.

I woke up at 3am in a panic (also with a nasty case of the meat sweats) after having a nightmare that Miami started 5 walk-ons in a Martin-esque OOC tank job and I had a screaming match with Owens and Pres Hodge (not Crawford) at courtside.

Any update on Dae Dae’s status since he was held out of the exhibition?

so the starters per the MBB gamenotes are: Lairy, Dae Dae and White at the guards and Precious and Brown. Per the game notes, these were the starters from a year ago.

Seems like GT might be viewing this game as their Capital game. Maybe we can sneak up on them and lull them into an off night. . 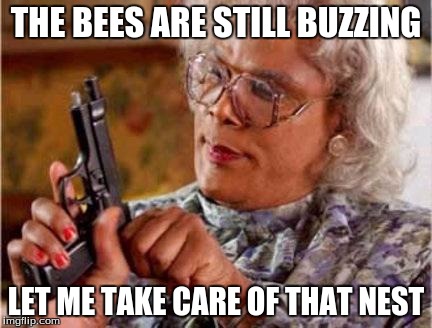 Nothing like the eternal hope of early November basketball

Miami tradition says regardless of who starts tonight, the lineup will be different by the third game.

Did someone say meat sweats 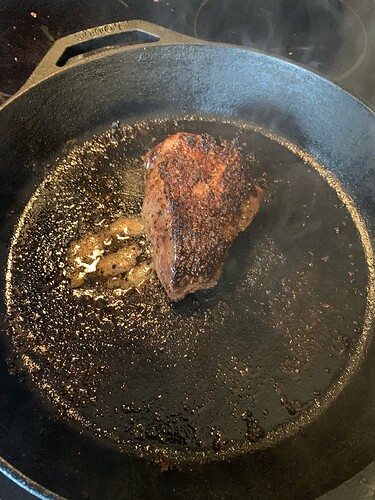 Never mind football, MBB hasn’t won an important OOC game since Charlie’s final season on the bench (vs Dayton) in 2012. It’s time Jack, and this program, take a step up. Nabbing a win tonight would be a massive start.

That’s a truly sad stat, Phil. I saw them play at NC State in either Cooper’s first or second year. They got blown out so badly I thought the Wolf Pack might have been using NBA players… Just looked it up. That was 9 years ago tonight in Raleigh. We lost by 38 points. Beat GT!

I’ll be most curious how our defense is. Last year we ranked 234th in AdjD per KenPom, which is unacceptable.

Returning our whole roster, this has to be a better defensive unit in 2021-22.

I think it keeps us from being great or elite. I think our athleticism and experience should allow us to be good.

Assuming Grant and Brown are good to go, I see no reason why this game shouldn’t at least be close. We are going to be putting a ton of experience on the court versus an ACC team that is mediocre, at best, and learning to play without its 2 best players.

I actually have at least a relative amount of confidence heading into a game against an ACC team. I feel like this can only lead to bad, bad things.

That’s where I am. I so desperately want to be optimistic, but…

/waves at the last decade+

Nice preview, mz! I’m seeing something like a 74-63 defeat, though a win wouldn’t be a complete shock. ESPN predictor gives us a 19.9% chance.

though a win wouldn’t be a complete shock

I’ve been a Miami fan for close to a decade now and the 5 best nonconference wins I’ve seen so far are:

So you can understand my skepticism of our chances playing a major nonconference opponent.