I really wish they would retire Devin Davis 42. I think he was the most impactful and meaningful player from the glory years of my Miami basketball existence (which is after Harper). We had a lot of good teams in the 1990s and Wally was a NBA player and a good pro- but Devin Davis was the most important player on 1 really good and 3 straight great Miami basketball teams.

So true…I’d also like Dalonte to sit down with him, and take some of his advice…get near the rim a bit more.

Great teams back then…

Given how successful Ira Newble was as an NBA backup player, I was a little surprised that Devin wasn’t able to break into the NBA.

I’ve said it before and I’ll say it again: no Miami sports alum is more inspiring than Ira. His human rights work is well known and his story of going from Miami to the NBA (and the finals no less) is never recognized by men’s b-ball. It’s always Wally Wally Wally from that generation. And yes, DD was a force, but Ira’s defense maybe a notch above. 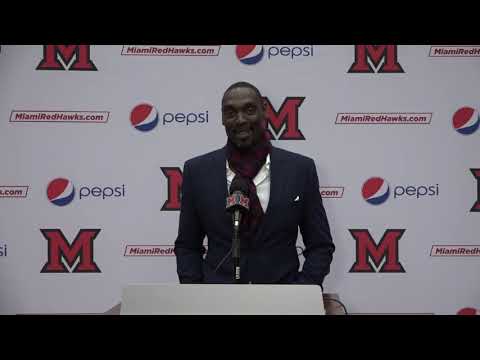 Wish he would’ve been on the block on that brick that Ado secured.

Great stuff. I could listen to Devin Davis wax poetic all day.

Don’t anybody worry about Devin’s financial situation. He has made millions overseas. Had a big contract in Russia.
A funny story: When we played in the NCAA in Kansas City Devin’s sr year, a few of us drove from Mich and Ohio to KC. We stayed at the team hotel. After the game, Devin, Damon and a few other guys were in playing pool. I knew Devin quite well as I was a regular. I went up to him and thanked him for everything he had done and accomplished for Miami bball. I then said, “I hope you make millions of dollars playing bball” He responded, “Me too, baby. Me too.” Never forget that.

Great guy. Had a class with Devin - fierce, and a kind soul. Great ambassador for MU bball. Hoping to see more celebration of past success to motivate the present.

Per inch / lb. there wasn’t a better rebounder in the NCAA than Devin.

I heard that he was making so much money in Spain that when he was offered the chance to play in the NBA for the minimum he turned it down.