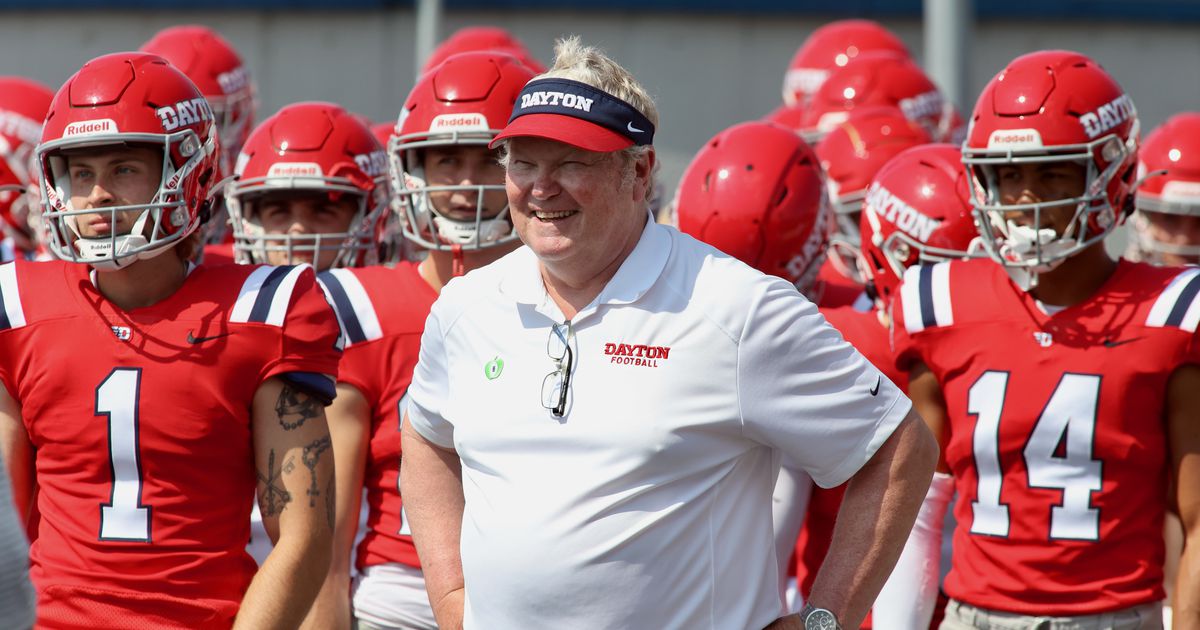 Dayton Flyers football coach Rick Chamberlin announced Tuesday morning he is stepping down after 48 years with the program as a player, assistant coach and head coach.

They have to take a long look at Chuck Martin, right?

At least it was on his terms. It would be a shame after all that time if he was “Rick Rolled.”
(Cue the flashbulbs for the subtle greatness)

I can think of a brilliant young offensive coordinator with strong SW Ohio ties who they should look at as a replacement. His name rhymes with Derek Mailer.

When you talk lack of facilities, UD football has a hard time with Welcome Stadium. I honestly was hoping UD Football alums would have bought the stadium from Dayton Public Schools and leveled it for a new stadium, locker rooms, etc.

But, if you’re looking for a new guy to take his chance at an HC job, this would be Mike Bath’s chance!

Good article…we were still playing Dayton in the 70’s when Chamberlain was in his playing days…they dropped down in division soon thereafter and became a power. The oldsters here know that we played Xavier, Dayton, and UC every year until XU dropped football altogether in 1973 and went all in on hoops.