Current look at the MAC, on eve of conference play 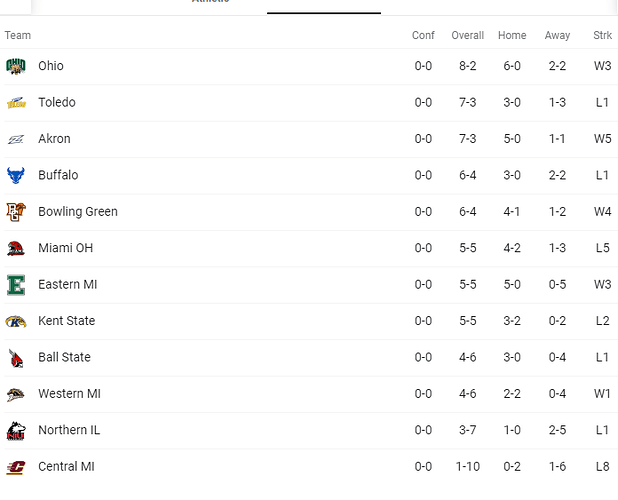 Well here it is…I assume Miami can beat the mighty Spaldings, who knows?

MAC landscape prior to conference games. Looks like 4 of the five first conference games for Miami (I think) are against the top performers, with OU around the corner after that…CMU being the theoretical “sure” win.

PS…pretty cool how you can just “snip” pics into here!

At this stage, I don’t assume any game is a win. The pattern of second half meltdowns has to end.

Spaldings always had a very high bounce…or, to use a more popular term: Coefficient of restitution.

Spaulding! You are playing golf!

Oh no it’s Spalding U! 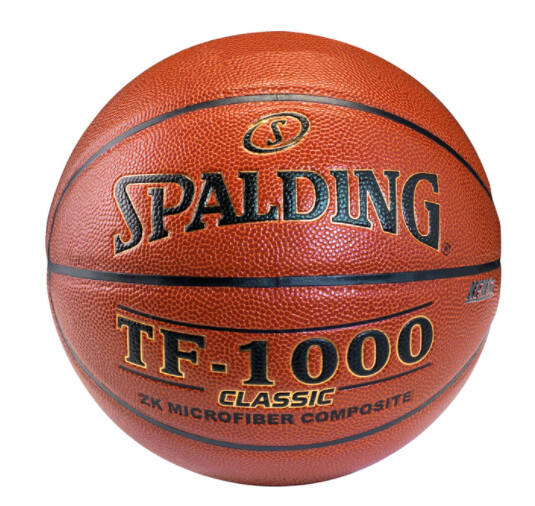 I wish it was Spaulding… 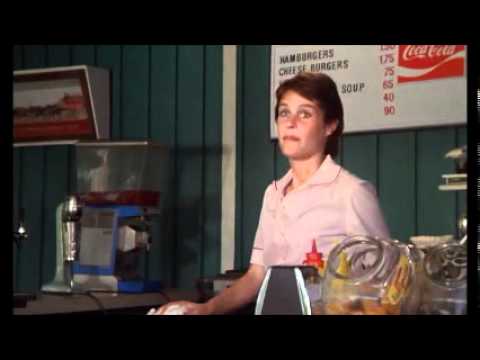 He needs a beatdown! 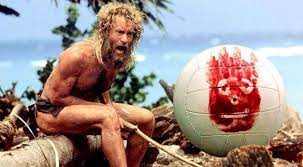 Could we get a Wilson and Spalding U double-header!

The new site lets you bookmark posts, so feel free to bookmark this. I’m going to lay my chips out on the table and say that I think we still win 20 games this season.

So you’re saying we will be riding “high” after Spaulding, err Spalding…LOL

PS. Doubtful. I could see a winning record though.

Never concede defeat to anyone anywhere.

I saw a white circle near our bench with the letters DB. Anyone know who/what that is?

OXFORD, Ohio --Don Barnette, who broke the color barrier at Miami University when he came to campus in 1952 and became the first black men’s basketball player at Miami, passed away in California on September 4, 2020, at the age of 86.

To honor his legacy, as the Red and White open Mid-American Conference play this week, two floor decals with Barnette’s initials have been placed on the Millett Hall court and will be displayed throughout the remainder of the season. One is located by the Miami bench, and the other is located on the opposite side of the floor on the opposite baseline.

A two-year letterwinner in basketball, Barnette was a member of Miami’s 1954-55 Mid-American Conference championship team. He went on to earn first-team all-MAC and honorable mention all-American honors during his final season in 1955-56. A 1956 Miami graduate, he was inducted into the Miami Athletics Hall of Fame in 2002.

Following his time at Miami, Barnette went on to spend three years in the Navy where he made the fleet and all-Navy team. From there, the Middletown, Ohio, native spent his next four years earning world-wide notoriety as the Dribbling Wizard, playing for the Harlem Globetrotters.

Saw those decals today and was wondering who they were honoring. Thanks for the info.

Great that they honored him in that way. He will be able to attend every home game as long as they are played at Miami.
Thx for the info.

That decal was placed on the floor last season. I don’t think that it will be there that much longer - maybe thru the rest of this year.