TV did a piece on App State last week in which App State was depicted as being a highly competitive football program with tremendous fan support, not afraid to play anyone anywhere and committed to competing on equal terms with everybody. App State is also selling itself as the perfect college town where you can get a “world class education.” That sounds a lot like what the Miami mantra used to be. Unfortunately, lots of things have changed in the Miami culture in the last 20 years.

In a contrast of expectations levels between the two programs, App State Head Coach Shawn Clark’s seat is actually starting to warm up here in NC. It should be noted that he’s beaten South Carolina and North Carolina during his short tenure. He’s an App State alum. He lost to nationally ranked UNC 63-61 this season and beat Troy on a well-designed last-second Hail Mary at home. And, oh yeah, he also beat Texas A&M on the road in September.

The Mountaineer faithful have a far lower pain threshold than Miami’s fan base currently has. Expectations have been created and reinforced among several Sun Belt programs - like App, Louisiana, Coastal, Georgia State, and recently South Alabama - the past ten years that are not even being considered by most MAC programs. You can throw Marshall and James Madison into that category starting this season.

The MAC needs to think and behave more like the Belt. .

Also, App State is a tad under-rated from an academic perspective…perhaps it’s due to the name of the University. Boone is a delightful mountain college town as well.

Agree. They are part of the UNC system. There are five or six highly respectable institutions within that group. UNC Chapel Hill leads the pack followed by NC State. UNCW and App State are probably the next two in the instate rankings of public universities.

and if you’re into riding bicycles, some of the most scenic road cycling around…i think george hincapie used to live/ride there

While they have had some ups and downs, I would put Georgia Southern in that category as well. I think Clay Helton will do well there. I’ve gone to a few games and they have a great atmosphere.

Agree. They are a lot like Miami in terms of football - used to be dominant but with Georgia Southern it was mostly at the FCS level under Erk.

They’ve had some good seasons since going FBS. I remember when they beat Florida in the Swamp without throwing a single pass.

I saw them play Arkansas State in the Diamond Bowl way back in 1986. It was the FCS Championship game that year and it was played indoors in the Tacoma Dome. The sponsors lost their asses because only a couple thousand fans traveled from the Deep South to Tacoma in mid December. It was the second year for two southern teams as Georgia Southern had played Furman in 1985.

There was a nice local crowd but they didn’t book hotels and go to restaurants in Pierce County. They had been hoping for a Big Sky team both years but didn’t get one. .

I don’t know about that. I’m skeptical if Clay Helton will do well there. He’s a good guy but based on his track record, he was not that productive with us, despite having other offers from UC and Kansas State. Yes, he did well at Findlay, but…Oh… Wait. 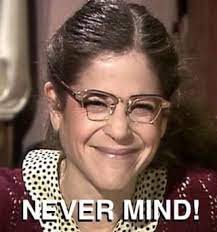