Choose the 50 yard line logo at the Factory of Sadness 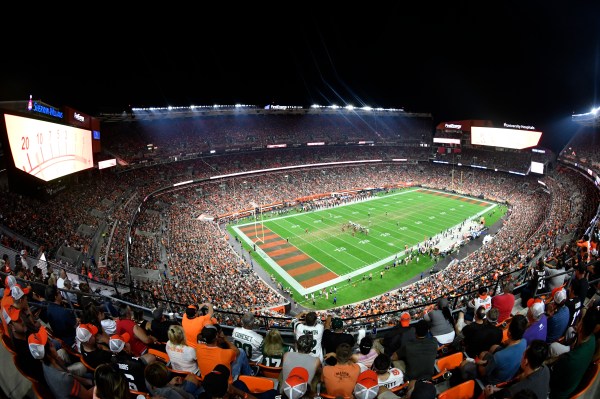 Logo returns to Browns midfield, fan vote decides which one

For the first time since 2017, the 50-yard line will have a logo on it and fans get to pick between 4 options:

Why don’t the Brownies just list all of their failed QBs since Otto Graham?

Bernie Kozar was at least “passable.” Bur not much else. Once Deshaun Watson gets out of the penalty box (oops), the Brownies may get better…but they are still “The Mistake on the Lake.”

Because that’s not the contest?

Or even just the past 20 years.

Because a football field is only 53 yards wide and no one can read eight-point type from the upper deck.

I’d just as soon vote for for Cleve Wright. Ah. Who am I kidding. Charlie Fry!!!

The football field will continue to list all Cleveland Browns quarterbacks from the 1996, 1997, and 1998 seasons.

As a Bengals fan, it’s not common to like the Browns but I do. I hope they turn it around although dumping Baker was IMO a dumpy idea.

Congrats(?) on the six game suspension for your sex predator QB!