Can we have a serious discussion about going for 2 when down 9?

I say you have to kick the PAT and close it to 8 to make it a one possession game. This puts pressure on the other team to move the ball, probably forcing them to throw, increasing the chances of interceptions or incompletions that stop the clock.

Completely agree. When you don’t convert the 2pt conversion down nine, the game is all but over there. You kick the XP and you still have life.

Around a decade ago, I learned I was wrong. You always save the 2pt attempt for the end of the game. It’s universally (or so I throught) accepted that this is the proper strategy. Something tells me Miami does not have any “computer folk” crunching the football analytic numbers.

Edit: now I have second guessed myself. This must be what it feels like to be on Chuck’s staff.

I can see the logic behind going for two, but it needs to be in the context of an offense that’s very capable in goal-line situations and two-point conversions… We’ve never been good at that under Chuck (thinking of UC in 2014, Army in 2018, Louisiana in 2019) and our 4th down performance last night showed that as well; we should’ve gone for the XP kick.

Side note, but in the new XFL I really liked how they didn’t have XP kicks but a conversion worth 1, 2, or 3 points from different yardage. That’d be neat to see adopted in NFL and college rules (along with other stuff they did like the revised kickoffs and mic’d refs)

I didn’t mind it. A rare analytical decision from the vanilla coaching staff. But I absolutely LOVE when teams down 14 score and go for two.

Not a problem if our kicker makes a fucking extra point.

Had this conversation with a buddy last night while we were watching. I always thought save the 2pt conversion for the next one, however I think going early makes more sense. Even the announcer said it last night. If we get it, we know we just need one more drive to tie, but if we miss, we know we need to use our timeouts more wisely, may have to do onside kick later, etc.

You go for it earlier rather than later. If you miss the 2PT early, you know you need to make that up and can change your game strategy. You save it for the end and miss, well, the game is over right then and there. You’re making a decision that gives you more information earlier.

Redhawk11 - you’re kidding right? Who told you that you save the 2pt for end of game? Waiting till the end is the complete opposite of what the analytic community tells you to do.

Did not have a big issue with that…but did:

I like going for 2 early - once we started playing fast there were way more possessions and knowing what you need is helpful.

The game last night shows exactly why you go for two on the first one rather than waiting. Since we didn’t get it, we were super aggressive on the next drive and scored in less than a minute to leave over 3 minutes left on the clock, knowing we needed another possession. If the defense had gotten the stop on third down, we would have gotten ball back needing only a field goal to win with a minute and a half still on the clock.

If we had kicked the PAT on the first one, we probably would have been way more deliberate on the second drive, running down the clock to make OU didn’t have a chance to answer back. At that point, failing to convert the try means the game is over and you lose. And even if you do convert the try, you still have to win in OT.

Kick the extra point and extend the game, just like in basketball. The only reason why it almost worked last night because of OU’s stupid decision to bring in Rogers to throw the ball and the incomplete pass kept 40 seconds from running off the clock. If OU runs the ball, we score to make it 28-26 with only 2:30 left instead of 3:15 or so. If we don’t get the onside kick, the game is essentially over, OU would run 3 times and punt, leaving 10 seconds or so left.

Kick the extra point, it’s 28-20 with 4:16 left. If my math is right, even with no timeouts, if we were to have to punt for whatever reason, we could still get the ball back with a little time left if we stop them.

It’s 100% the right call to go for two there, it gives you the advantage of knowing what you need down the stretch.

The people arguing for the extra point and saying to keep it to one possession seem to be missing the point. We ultimately missed the 2 point conversion, period. Keeping the game within one possession doesn’t help us win the game, but it does give us a false sense of security that we are only down one possession. As others have said, the information of knowing whether you converted on the 2 point try is very valuable to determine your strategy for the rest of the game.

Something not mentioned yet was the first onside kick attempt after missing the 2 point try. We should’ve recovered that kick, but Dom Robison tried to pick it up and run with it (which isn’t even allowed by the rules). If he simply falls on the ball like any competent coach would teach, then we get that onside kick and greatly increase our odds of winning the game. If we were down 8 points in that scenario, then we would’ve kicked it deep and not even attempted the onside kick.

Trying to hold everything else constant except for kicking an extra point to make it 28-20, would you rather be down 28-19 with 4:16 left and no timeouts as we were? Alternatively, would you rather be down 28-20 with 2:50 left and having all of our timeouts left (again thanks to the stupid pass they threw)? Not getting the 2-point conversion put us in a must onside kick situation, that was the only chance we had to stay alive. Kicking the extra point gives us at least 2 chances: get the 2 point conversion or not get the 2 pointer and recover the onside kick. If we don’t have to use any of our timeouts when scoring, but not get the 2, then there’s a 3rd chance in stopping them and forcing a punt. I think last night almost worked only because of the stupid incomplete pass and the running back not falling down and scoring the touchdown instead.

There is a “chart”’used by nearly every team from HS to the NFL. I have never seen anyone else take Chuck’s path we saw last night. Cut it to a one score game. Every single time.

MZ - I’m not sure I understand the situation you’re laying out. Where are you coming up with those score/time/timeout situations?

My preference is to have more options than less. You have no option to win the game if you save the 2pt conversion till late. Not to mention your upside is OT. You try the 2pt early, you have the benefit of time to play for an extra possession. This exact scenario happened in a Cowboys-Falcons game last year.

(I hope this link works) 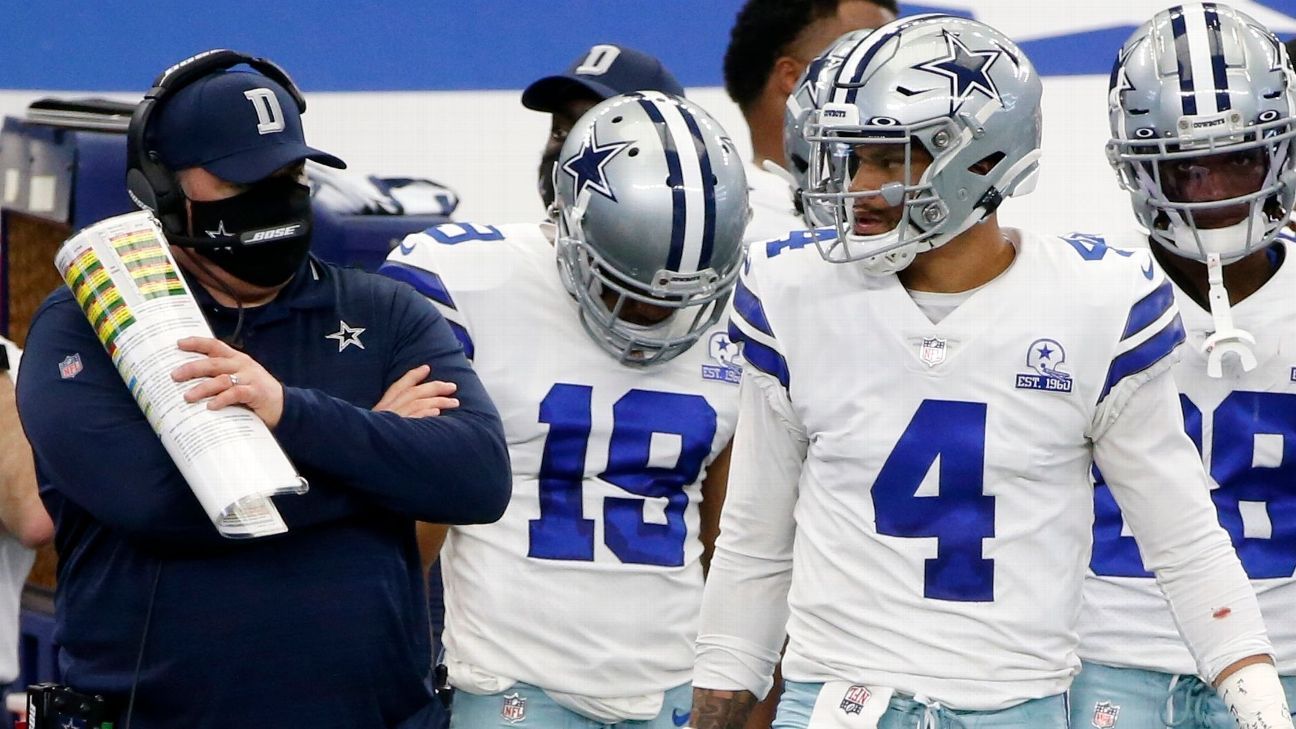 Why did the Cowboys go for 2 down 9 points? It's all about knowing the future

Dallas coach Mike McCarthy's decision to go for an early 2-point conversion -- even after it failed -- helped his team win the game.

Who the hell cares. We lost to a horrible OU team. And our coach sucks regardless of his decision on a 2 point conversion.

He should have kicked it there. Obviously.

In the 28-20 scenario, I assume we wouldn’t call timeouts because it’s a 1 possession game instead of 2, so there’s a little time to play with. I assume 40 seconds elapse with each run play, except for the incomplete pass obviously.

The Dallas scenario involved covering an onside kick. The key quote in the linked article is that in 2020, NFL teams only converted 11% of onside kicks in the 4th quarter. Personally, I’d wait it out and take it to OT. [Cowboys' comeback win a matter of inches, luck and history - Dallas Cowboys Blog- ESPN]

It’s good to know that I wasn’t the only one yelling at the tv to kick the extra point to make it a 1 score game. Even that knucklehead color commentator endorsed the 2-pt conversion.

So I thought it was definitely the better option to go for two. Looking around for some sort of definite answer I found this 538 article on the stats of when to go for two: 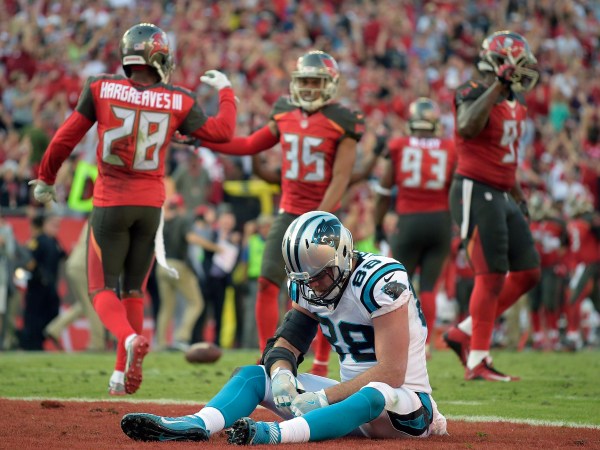 “I can’t help but ask, one day many years later, when you find your previous awareness, cognition and choices are all wrong, will you keep going along the wrong…

When down 9 points late-ish, there’s a case that you should go for 2, because being down 8, you would have to go for 2 to draw even eventually anyway, and it’s better to know whether you converted your attempt earlier so you can make tactical adjustments. Although this logic seems sound, the data doesn’t suggest the effect is very significant (if it exists at all).

So it isn’t clear cut either way which is a bit surprising to me.