Whether you love, hate, or are somewhere in between about the state of MU sports, this week is one of the biggest the total program has had in years. Four Big matchups that could change the trajectory of any of these programs. How great would it be to see us go 4-0.

Basketball: Steele era kicks off. Let’s hope this is a moment everyone can look back on in a few years to say: “that’s when things started to get good again.”

Field hockey: Beat Rider in the NCAA tourney and get a rematch against NW. Woukd be great to see this team go farther than any in MU history.

Football: Beat OU and then maybe some good can still happen.

Hockey: Team is bound to beat some decent squads this year. Maybe this week is the start.

The NCAA Great Lakes regional men’s and women’s XC meet is Friday (Nov. 11th) in Terre Haute, IN. The top two teams receive auto bids to the NCAA championship meet. Nine regionals in all, with a total of 18 auto bids and 13 at-large bids chosen by the NCAA DI XC subcommittee.

Look for Obsaa Feda and Carmen Riano to qualify as individuals. The men’s team has a good chance to grab an at large bid. They currently are ranked #7 in the Great Lakes region, but were ranked as high as #4 (they dropped AFTER winning the MAC). Wisconsin and Notre Dame will likely get the auto bids, but there’s not much daylight between #3 through #7 (Michigan, Butler, Michigan State, Indiana, and Miami). 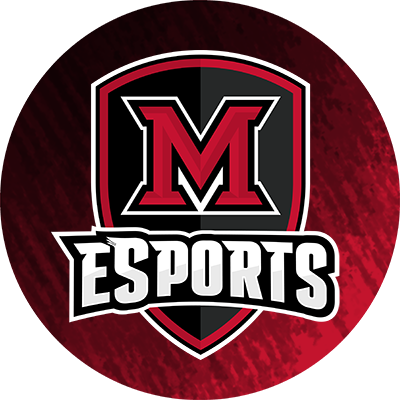 @RedhawksGG
Last night our #Overwatch team took down both Texas A&M 2-0 and Ball State 2-0, making their record in the Overwatch Collegiate Homecoming 7-1! We're super proud of our team, even when they're engaging in some pregame monkey business :) #ForgeOn // OW https://t.co/6pl4zMeBrj
1 Like
DICK November 7, 2022, 3:16pm #4

Big game tonight for women’s hoops. We play local rival Xavier, which is our only power conference school on the schedule this year. Despite the fact that X has had a couple of elite 8 teams over the past 20 years, Miami holds the edge in the series and won 77-73 last year.

Great add, Bash. Apologies for missing that. Team and coach have been a real bright spot for MU.

I don’t love the overall prospects for women’s hoops but hey, it’s a new season. Would be very happy to be proven wrong if they end up being a decent squad.

So cool we have eSports!

And we are good in them too.

That’s a nice course there too. HS state is there I think.