Adam Eaton calls it a career, retires from MLB

Hell of a run, Adam! 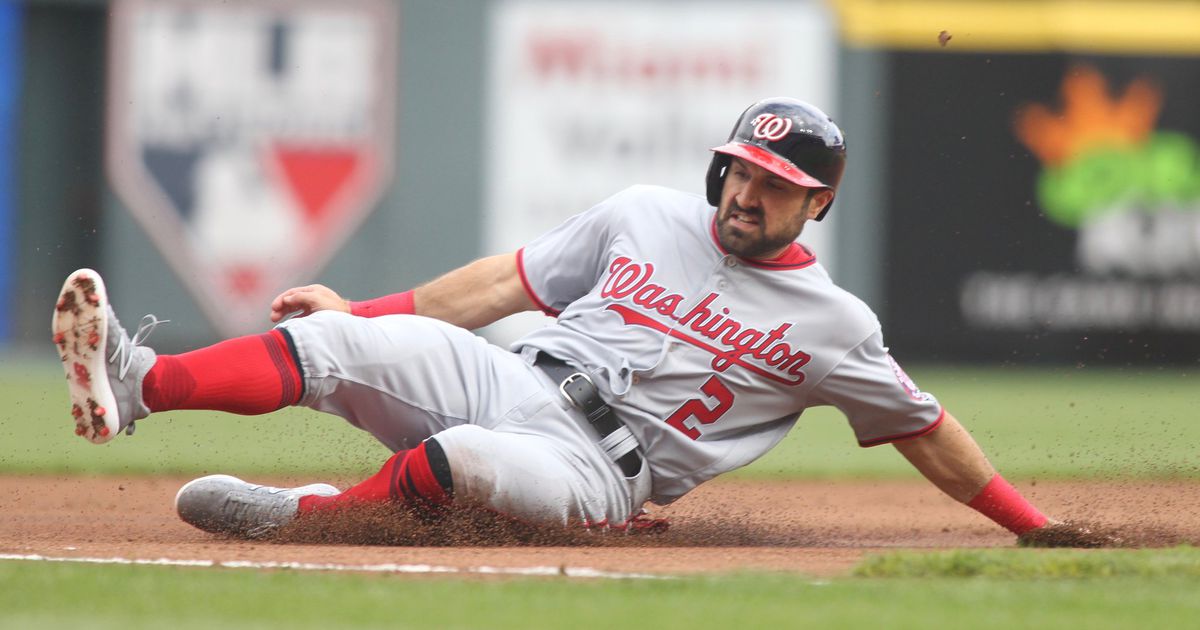 Adam Eaton’s MLB career is over, and he ‘wouldn’t change anything’

Adam Eaton confirmed Tuesday what became evident when the 2022 Major League Baseball season started without him on a big-league roster for the first time in almost a decade. His playing career is over after 3,910 plate appearances, 950 hits, 914...

Adam had a great career and I owned him on my fantasy teams 3 or 4 times. He played the game like Pete Rose played it. That is the highest praise I can give a baseball player. Well done Adam.

Somebody should rank the Miami players who went on to have the best MLB careers.

He would have to be the best ever, no?

Probably, although Charlie Leibrandt had a very good career, pitching over 13 years in the MLB with an overall W-L record of 140-119 and an ERA of 3.71. His postseason record was pretty dreadful, though, with only a 1-7 record.

Runners up would probably be Red Sox’s Tim Naehring with .282 lifetime average in a career cut down short by injury. Bill Doran had productive 11 year career with over 1300 MLB hits and .266 lifetime batting average.

Walter Alston played baseball at Miami, and he went on to have decent career in MLB.

Kevin Rostenkowski had MLB stuff, but an injury cut short his career.

He was playing in a Senior Cubs league though (five years ago).

Yes, Walter Alston is a HOF manager…as for his playing career, I think he batted one time for St. Louis in 1936.

I think I would go with Bill Doran, but Charlie Liebrandt and Adam Eaton are probably all pretty close and you could make an argument for any of the 3.

Yes, agree that they are all pretty close. Eaton did hit .300 twice and had lifetime BA of .276 whereas Billy Doran played longer and had one year of .300 and hit over .280 three times. Both played a year or two longer than they probably should have which hurt their final career batting averages. Doran played more years and games and had about 400 more hits than Eaton but Adam did have some great postseasons moments, too.

As for Charlie, 140 MLB career wins is nothing to sneeze at, either. Shall we call it a three way tie for Miami GOAT in the MLB?

A short career but Tim Naehring did very well in Boston.

Yes injuries essentially ended his career at a relatively young age…a very good player and .282 career hitter…the highest of all these field position guys although in his 7 year career he only played two full seasons (again, due to various injuries).