A couple of noteworthy individual achievements in MAC Basketball

Last night in Kent’s 93-82 victory over Ball State, Sincere Carry hit 10 of 16 threes and scored 42 points. I watched all 10 of them on Sports center last night. Carry was an all league player in the A-10 who transferred to Kent from Duquesne this year. In the same game, Kent’s Malik Jacobs had the first triple double in Kent history with 17 points, 11 rebounds, and 10 assists ( probably a bunch of passes to Carry).

Also, in Ohio’s 76-50 win over CMU, our old nemesis Ben Vander Plas had a triple double going for 10 points, 10 rebounds, and 10 assists. Historically, triple doubles are rare, the only one I remember Miami ever having was Ron Harper vs Ball State.

What’s Miami’s record for treys? I remember Anthony Stewart going off against Marshall(?) in the MAC Tournament. And then there was Winbush at UK. Don’t remember how many each had, though.

Not sure there’s a record for Tony Stewart in bball…maybe Jason.

Lol yes, him. Apparently I combined him and Anthony Taylor.

Miami Advances to the MAC Finals With a 69-63 Win Over Marshall - Miami...

I think Jamie Mercurio had 8 threes vs North Carolina in an NCAA game in Cincy in the early 90’s. Down 3, on the last play of the game, he fired one up from midcourt and it banked in and then out.

Jamie M, sounds right he had a big game.

Good times back when Miami basketball was good. Miss those days 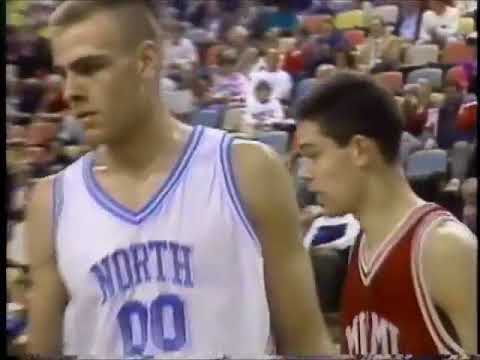 Thanks Skins. Slipped out of the office to go to that game. Scott Belyeu was so underrated, guy just never turned the ball over.

Such a bummer…so many good looks, missed opportunities…great memory still, and Cross and boys got Zona and had the Cavaliers not long after.