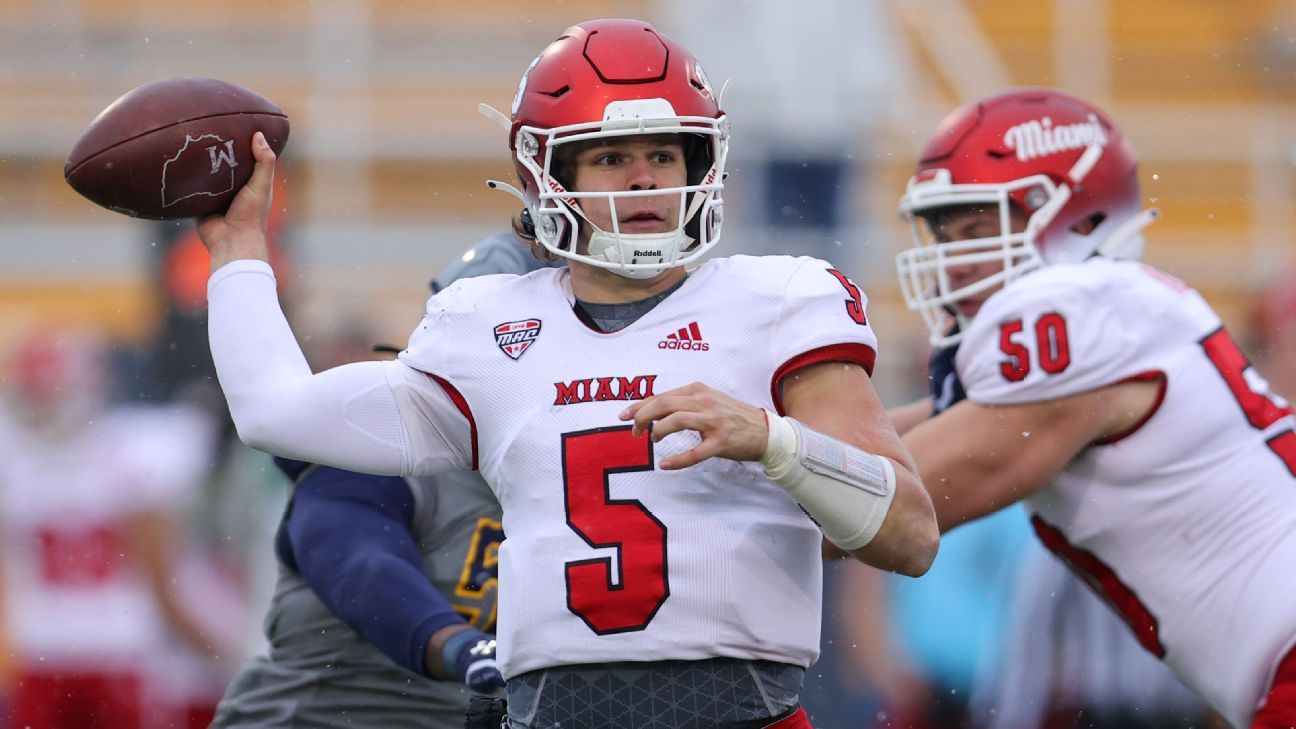 An experienced offense gives Miami (Ohio) the early edge, but the MAC East should be wide open this season.

It is paywalled behind ESPN+, so for those who have already cancelled for the year, the relevant parts for Miami are:

The offense should be in a good place. Last year ranked “64th in offensive SP+, their highest such ranking since 2005” and almost everyone except Sorenson returns.

The defense ranked “67th in defensive SP+ last fall, its sixth top-80 performance in seven years” but obviously has to replace a ton of players so could slump.

Need to be able to win close games to win the division: “Close games have been a problem for [Chuck Martin] over eight seasons; his RedHawks are just 14-24 in one-score finishes, going 5-0 during 2019’s division title run but otherwise winning just 27% of their close ones.”

Also predicts the game at Northwestern as a 50/50. Some good analysis of the other MAC East teams as well.