Does this look right? If so, 2 ships remaining and need at least one big man to come in and start right away.

This is assuming all the guys are still being offered scholarships by the new coach. I believe it’s within his rights not to honor them if he’s not certain the players will be contributors. Sucks but happens.

To that point, Ames, Eller, Etzler and Tatum all still have a lot to prove. Are any of them D1-level players?

Having said that, how many recruits can Steele realistically sign between now and August?

I think if he isn’t certain the guys will be contributors it’s better to cut bait now. Even if he’s got a short bench. And also, there are better players in the portal than on the bottom end of our roster.

You still need to have a team.

We don’t play traditional center much, but I expect Steele to develop and use Ames…unless he works on his game extensively…I don’t see Eller getting too many minutes…I assume there will be PF/BF transfer…Eller seems like a fringe D1 recruit, but you never know…maybe up’d game.

Kamari, Smith and the new signee/transfer will play wings…Tatum/Smith 2Gs, guard to be named maybe. Avance and Lairy I think will be out there together…but another quick guard is a need, ASAP…as we have three wings/SFs.

I believe Tatum is a walk on. Now with Mabrey, I think we have two left

Has Tatum always been a walk on? That wasnt my memory on him

I thought maybe year one…but no longer RS…his highlight reel I posted does not look walkon material at this point.

I’m guessing we have at least one if not two ships left…Eller to me was the walkon or year by year guy.

Tatum redshirted I thought …does not seem walkon category.

Eller was not a walk-on. Eller’s initial scholarship was taken up when the COVID year didn’t count and Miami had players return. Eller decided to still come to Miami when originally planned instead of going to prep school. After his one year off scholarship, he went back on, which was the plan.

I’m pretty positive Tatum was not a scholarship player this season and was never supposed to be.

Redshirting just means he didn’t play enough to count a year of eligibility. Seems like walk-on territory to me. (Of note, if he was on scholarship, then we had too many players on scholarship)

Not necessarily…for instance Tatum is classified as Soph…Etzler r-Jr. It’s a nuance…but no “r” for Tatum.

So what u are suggesting is likely…that Tatum was not on scholarship during his “redshirt” year this year…not sure moving forward.

Because you misremembered. Tatum didn’t redshirt. Tatum came in with all the walk-ons during garbage time in games. Etzler is a RS because he missed a season due to injury.

Was Tatum a preferred walk on then. I remember an article when he was “signed” and it said we beat out Mankato State.

It wasnt like the other walk ons in that regard 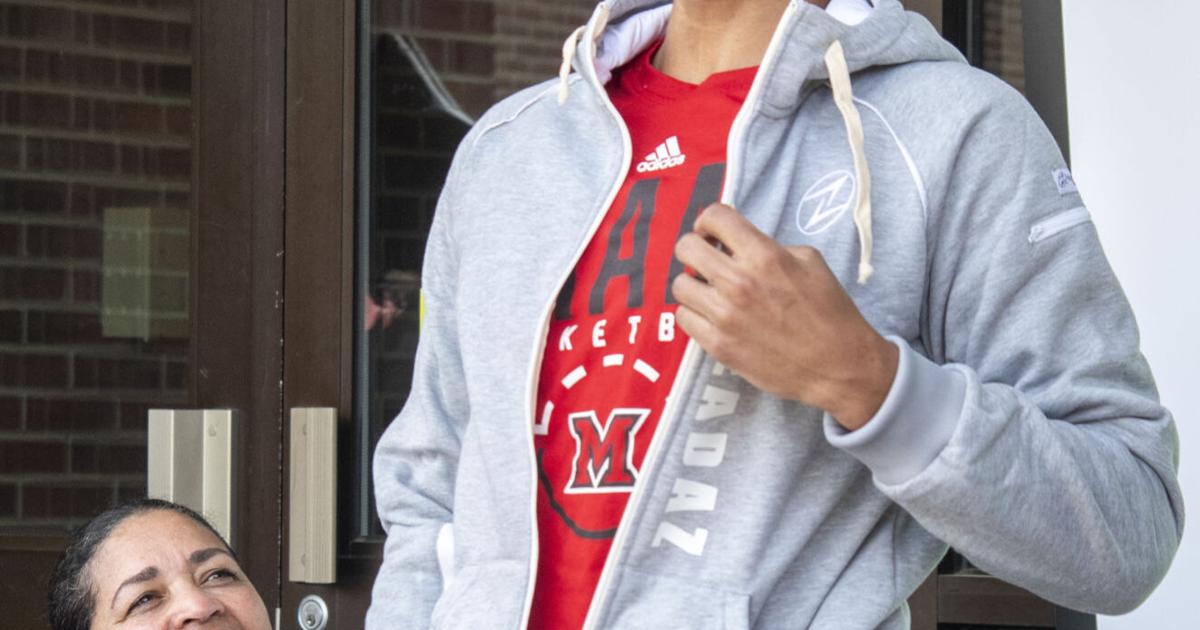 'College basketball ... is going to find out what we've always known'

Walk-ons can also sign an LOI. If you look at most walk-ons, they’ll participate in their high school’s signing day ceremony.

Yep, but I’m pretty sure it’s not a basketball scholarship. He had a 4.7 GPA coming out of high school.

So here’s where we stand, scholarship players only. Should be 3 ships open.

Add a big man (immediate impact) and PG depth and the future is looking brighter.

He did not come in 21-22 season right? The listings on the roster are updated for this upcoming season. I don’t recall any Tatum this year…and I expect he will play some next.

Tatum will be on campus three years next year and is updated as a Soph for this upcoming season.