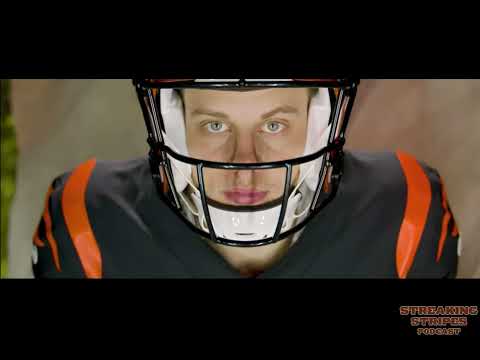 I noticed the final clip in the video shows them sacking Ben.

The Steelers, my alternative favorite to Seattle since 2004, are probably destined for elimination on Sunday as we watch Ben valiantly try to prolong his career.

If that happens, I revert back to supporting the team I adopted when I last lived in Ohio - Paul Brown’s second team. At that time it’s “Who Dey?” and the Icky Shuffle for me again!

Yep…I also grew up a Bengal fan (was initially a Browns fan when a little lad before Bengals franchise started), and kept with them for many years until it was too brutal to care much. (plus except for two short years living in Hudson, OH, once I left Miami I never lived in Ohio again. Sure would like to see them win a playoff game!

I don’t think I’ve ever shared this on the board, but I was in Seattle when the Seahawks franchise was created.I was living in Redmond in a big and trendy new apartment complex called Sixty-01. Two of Seattle’s earliest draft choices were Ken Geddes, a Nebraska Black Shirt, and Sherman Smith. They both moved into my apartment complex and I met them at one of our frequent complex social functions. It didn’t take Sherman long to notice me in my Miami polo shirt. They were relatively rare in Seattle then.

Within a year or two, Sherman moved out and married Sharon. Meanwhile, I had gotten married, bought a house in Woodinville and moved out. I founded the Miami Alumni Chapter in Seattle in 1977.

At some point a few years later, after Sherman had established himself as the Seahawks’ premier running back, I worked with the Seahawks to pull together a “Miami University Alumni Sherman Smith Day” at the Kingdome. We all got to go down on the field post game to present a plaque to him. He and Sharon chatted with us for a while and posed for pictures.

The last time I ran into Sherman and Sharon was at an alumni function at a Miami Homecoming game in the early 90s when they were talking with Mike Watson, who had been my alumni association chapter advisor when I founded the Seattle chapter.

Great story! Sherm was the Seahawks all time rushing leader for a few years until his records were broken…he had a good run w something like 4-5 years as the starting RB in Seattle.

More recent Miami graduates posting here may not realize that Sherm played QB at Miami when we had a fantastic option attack. He was a great runner in college and could throw a dart when need be…he just didn’t have a lot of touch when passing.

And always a class act. Wore #10 at Miami and #47 in the NFL. Finished with injuries at San Diego, I believe.

That rare two-QB tandem that actually worked - with Steve Sanna - was one of two I had the opportunity to witness first hand. The other was Don James’ tandem of Mark Brunell and Billy Joe Hobert.

I think Curt Warner (Penn State) was the back who initially surpassed Sherman at Seattle. And his records were broken by Alexander and again by Lunch during the Legion of Boom years, I believe.

I was living in Oxford in the summer of 1990. Summers in Oxford back then was like living in a ghost town. Out of nowhere, a lowered black AMG Merecedes with tinted windows shows up. It stood out like sore thumb. Found out later is was Sherman Smith’s, as he was back in town to coach with Walker.

Yeah. He built a huge estate right out of town at pennies on the dollar for what he would have had to pay on the West Coast. I hosted an alumni luncheon for Randy Walker out in Seattle in ‘91. I was Randy’s ride to the airport afterwards. After lunch he asked me if we had time to run him down to see Husky Stadium. We did. When we got out of the car at Montlake and looked into the double decked, covered stadium overlooking Lake Washington and Mount Rainier, all he said was “This would do.”

On the way out to SEA, he clarified that by saying he was not sure he could handle the traffic. He said he had one stop light between his house and his office at Yager and that, if he caught it red, it pissed him off.

We talked about Sherman and he laughed. He said Sherman was actually somewhat embarrassed about his new estate and how luxurious it was compared to everybody else’s places.

And I’ve got a car story, too. I was in Oxford for a homecoming one Saturday and spotted Ron Harper in one of the sweetest new Bentley convertibles I’d ever seen - tan with beige interior!

I am a long time Bengal fan. Went with my dad to a few games in the 70s when Paul Brown was the head coach.

Also attended the playoff wins over the Bills and Chargers in 1982. The Chargers game was as cold as I ever felt but was a blast.

Once it became clear that WFT was a waste of time this year, I hopped on the Bengals bandwagon (they immediately got destroyed by the Jets). But that doesn’t matter anymore. 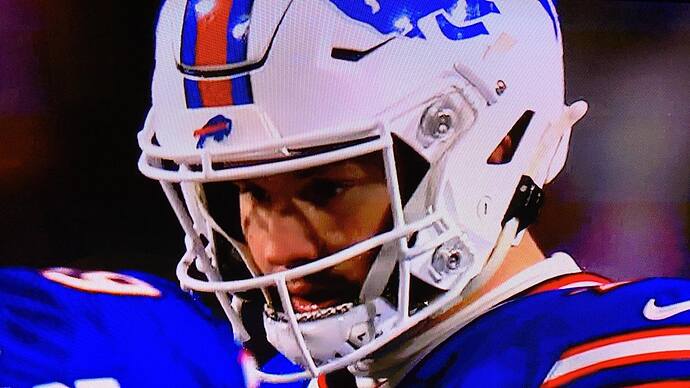 Tommy Doyle with the TD catch for the Bills.

After the UFC ended, I flipped it over to the Bills-Pats game. Big Tommy Doyle just caught a TD pass. Ha! It was great. Good for him.

Edit: Muhawk just beat me to the punch!

Who’s the last Miami alum with a postseason TD catch?

Maybe Tom Crabtree for the Packers vs. Philly?

Jay Feeley as the special teams analyst for the Cowboys-49ers game reminding me of this gem from him: 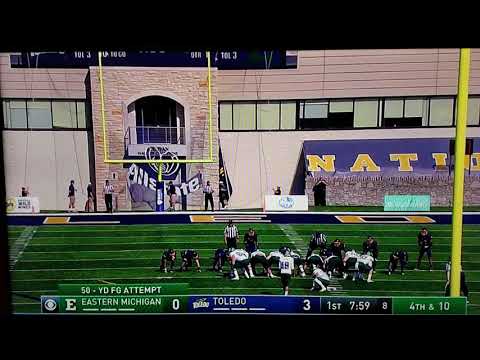