Yes, I am afraid that Rourke may be done.

Frustrating thing is that of the games that we should have won, BG was the worst. A small amount of offensive output would have won that game. CM said that the Ohio loss will stick with him until next year. It’s BG and Buffalo that will stick with me. We got beat by Ohio, we lost the other 2.

That one is not forgotten. I just feel that BG and Buffalo were clear wins that we didn’t capture. 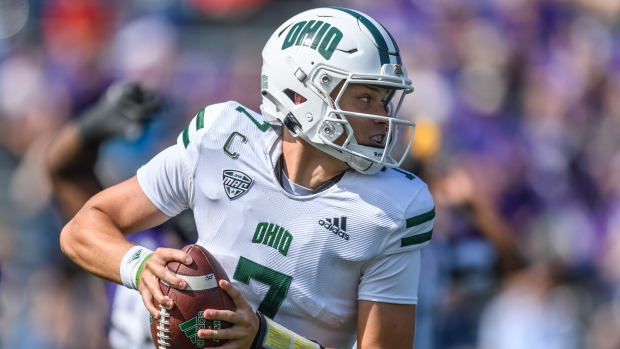 Canadian quarterback Kurtis Rourke left Tuesday's game against the Ball State Cardinals with an apparent right knee injury in the second quarter and did not return.

That should be some game between BG and OU next week. I would still give OU the edge, but without Rourke that definitely hurts the Bobcats.

Can OU overcome adversity and win their first Title since 1968?

If so…well, you see what a quality coaching staff can do.

I’m holding my nose and pulling for the Bobcats to continue their quest to break the 54 year long streak. They’re the only MAC team to actually beat us this year and they did it convincingly in Yager. We pretty much beat ourselves in the other three losses. Doesn’t make sense to see a rematch of BG-Toledo in Detroit.

If I’m a P5 program needing a transfer QB next year I would be calling Rourke stat. He’s the best QB in the league by a wide margin IMO

Agreed, but seems as though Rourke family bleeds green.

I wouldn’t be surprised if he decided to play a P5 year if he graduates with a season of eligibility left.

I’m holding my nose and pulling for the Bobcats to continue their quest to break the 54 year long streak.

Worst fucking take in the history of the internet.

Wisdom appears with age, my man. We still own them, regardless of what happens to them the rest of this season. Even if they win the MAC, they will still have a 54 year legacy of futility. It will hang around their neck like a millstone. And there’s no guarantee that’ll beat Toledo so the losing streak might actually continue. 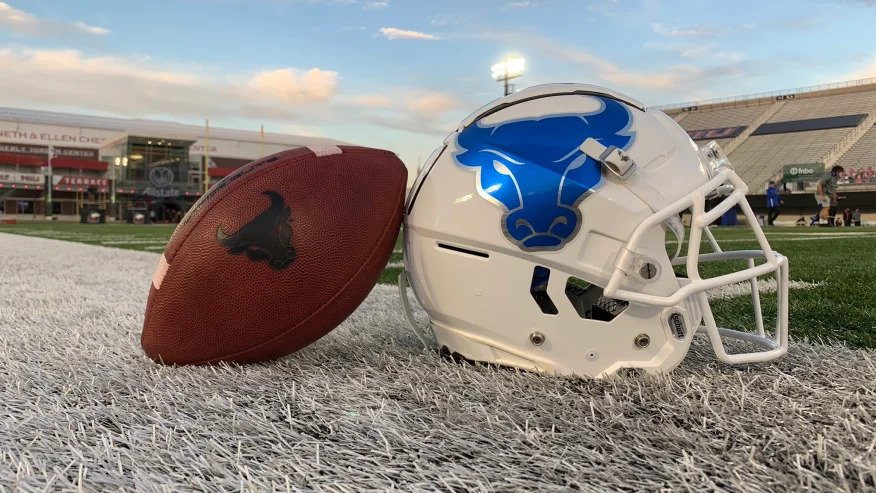 BUFFALO, N.Y. (WIVB) — The UB football team’s Saturday game against Akron at UB Stadium has been postponed due to the major snowstorm hitting western New York, the UB Athletics Departme…

Somehow, I was expecting this. Game might be played on Sunday.

I was hoping to see a major snow game but understand putting game off. Saw on the news that there could be up to 6 feet of snow.

Sunday’s Cleveland at Buffalo game has been moved to the opposite end of Lake Erie.

Has this happened before. Games moved due to heavy snow forecast?

I went to the AFC Championship game in 1982 where the Bengals played the Chargers . Wind chill was like 50 below.

I don’t recall any talk about moving that game?

I flew over that game that afternoon on a flight from Ft Myers to Minneapolis, connecting to balmy Seattle.

While that game was ass-freezing cold it wasn’t accompanied by 6-8 feet of blowing snow IIRC.

I once sat through a 34-35 degree Washington Huskies game against USC with 30 mph winds and torrential rain. In the interest of transparency, I was in my mid-30s. We wore giant Hefty trash bags on both the top and bottom. Dawgs grabbed a 10-0 halftime lead and came back out for the second half without their rain gear. Trojans were covered up head to toe like they were playing in Fairbanks. As Washington steadily kept control of the game, the Trojan players, shivering in their long raincoats on the sideline, began looking up at the sky. They were done with that weather and longing for that warm Alaska Airlines flight back to sunny LA. Priceless!