Andy Staples (The Athletic) has an article out today highlighting NIU LB Kyle Pugh. Pugh is thought to be College football’s first and only 8th year player. He was recruited in the Class of 2015, the same class as Lamar Jackson. Pugh had a Redshirt Freshman year, the COVID year and two medical redshirt years. He has played in three complete seasons and is slated to start this season. Pugh is already 25 with a BS and and MS. He’s working on his second masters degree this season.

you mean he’s a STUDENT-athlete? how dare he…

Does he know Braxon Beverly? 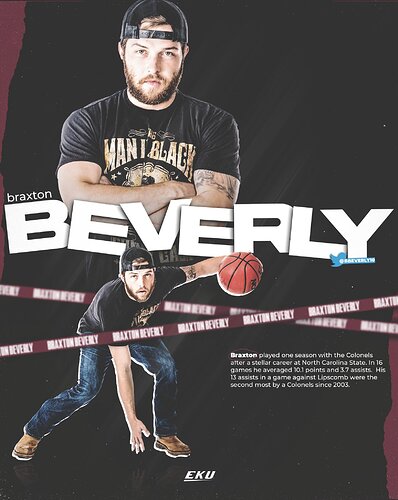 In the FBS maybe, but Jared Folks played 8 years at Temple and East Tennessee St. 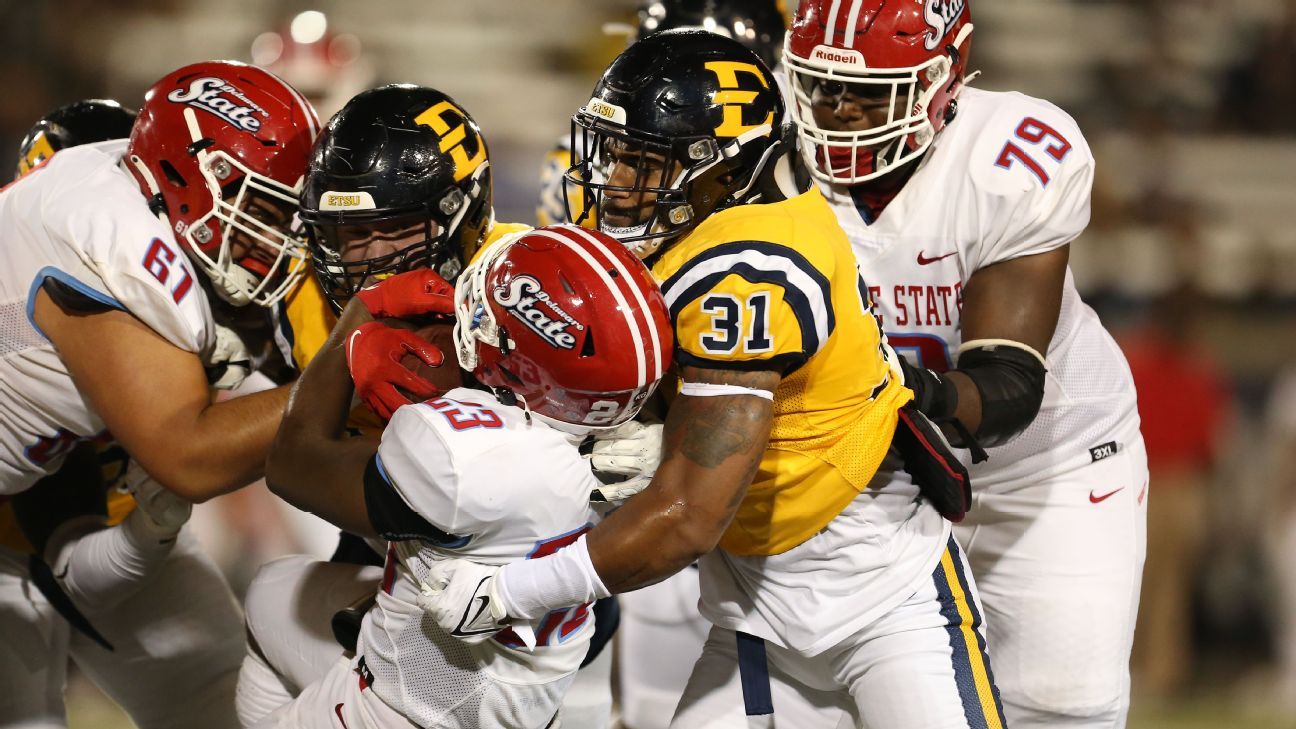 The incredible story of college football's first -- and only -- eighth-year...

It reads like a misprint, but East Tennessee State linebacker Jared Folks really is in his eighth year of college football, thanks to medical hardship waivers and an extra season following the COVID-19 pandemic.

And then there’s this guy.

Both Pugh and Ryan Mcwood will be 25 during season…they are ~6 months apart.

Two scheduling updates for 2023. Kent State has added a game at Fresno State next fall and Ball State will replace Oklahoma as an opponent for Georgia. Not much seems to be happening on Future Schedules regarding Miami scheduling updates since we added Norfolk State. The Future Schedule site shows us playing at Notre Dame again in 2024 but it still hasn’t shown up on Miami’s own site…

A note for anyone with a subscription to The Athletic: Andy Staples has a solid article up today on Kent State and it’s scheduling patterns. Appears the old AD scheduled this season’s murderers row because it brought in nearly $6 million in revenue. The new AD is dialing it back for future scheduling. Worth the read.

Here’s another very interesting excerpt from Stewart Mandel’s current G5 Mailbag. Nary a mention of Chuck Martin or Miami as the Cradle. How times have changed!

For years, (decades?) the MAC was a proving ground for coaches and a place for bigger programs to find coaches, but that has stopped. Kent State, Toledo, Eastern Michigan and maybe a couple of other programs have coaches that maybe 10-20 years ago would have already accepted better jobs. Why have bigger programs moved away from hiring MAC coaches? — Jordan W.

There are a few reasons. First, there hasn’t really been a standout MAC program for a few years. P.J. Fleck had an undefeated regular season and Cotton Bowl appearance at Western Michigan and went to Minnesota. Lance Leipold had a 10-win season at Buffalo and eventually went to Kansas. Yet both of those coaches left late in the coaching carousel cycle due to unexpected openings. Leipold’s 2018 Buffalo team was the conference’s last 10-win team, and he was the only coach with multiple division titles after Rod Carey left for Temple.

The coaches at the programs you mention lack big seasons that jump out on a resume. Sean Lewis has produced three consecutive non-losing seasons at Kent State for the first time in almost 50 years and won a division title last year, but he’s 20-26 overall and his team’s defenses have struggled mightily. Jason Candle won 11 games and a MAC title at Toledo in 2017, but he hasn’t won more than seven games in a season since, which is why he was briefly a candidate for the Miami (Fla.) offensive coordinator job. Chris Creighton just beat Arizona State and has reached four bowls in six years, success not seen at EMU since the 1980s. But he’s 39-58 overall and hasn’t won more than seven games in a season. Fair or not, those are factors that hold them back because it becomes a tougher sell. 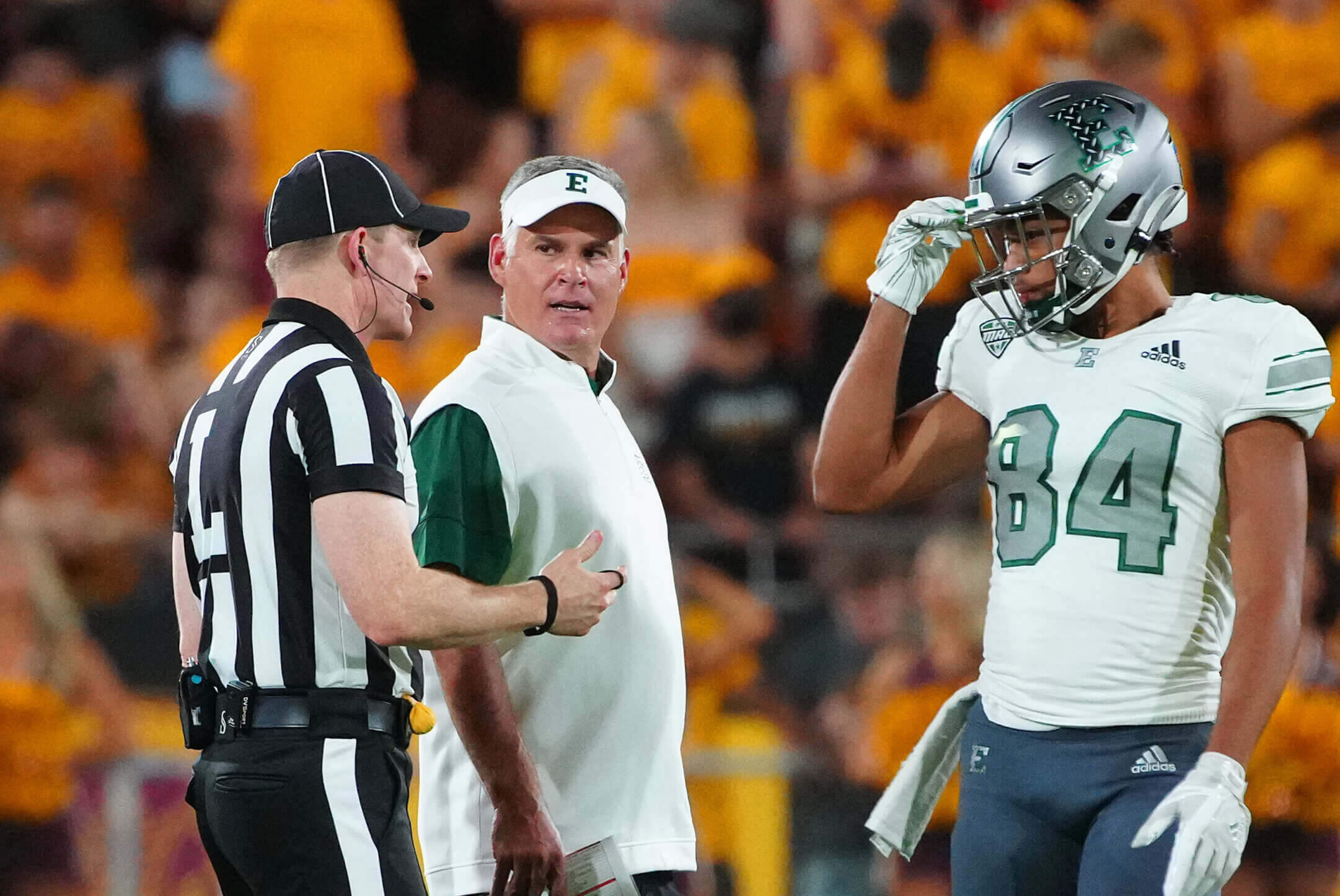 One way to look at Lewis and Creighton is to say they’ve found consistent success at some of the toughest jobs in the country and could do even more if they had the resources. Another view of some administrators and search firms is that if they’ve never had a breakthrough season or never coached at the Power 5 level (like Creighton and Coastal Carolina’s Jamey Chadwell), you don’t know whether they can handle everything that comes with a big job and win big. It’s why you see more assistants hired to Power 5 jobs.

Think of it this way. We’ve recently seen two MAC athletic directors leave for non-AD jobs at Florida State and Iowa. Michael Alford went from Central Michigan to the Seminole Booster Club, and he’s now Florida State’s AD. Ball State’s Beth Goetz just became a deputy AD at Iowa and could be a top candidate for the Iowa AD job. The path to big P5 jobs is different from how it used to be.

The Sun Belt may be the new MAC…as far as upward mobility goes. So far this year, only Toledo and EMU have winning records and both are 2-1 while the MAC overall is 13-23.

Agree. Rather dismal start to the season for the MAC. Our once proud conference has become the “old Kansas” in terms of perception, I fear. We’re being laughed at by many in the CFB world now. Far too many 40-50 point blowouts. In four weeks, the MAC has four wins over OOC FBS teams - only one of them against a P5 team. Eight of the MAC wins have come against FCS teams.

Ultimately (as with many things in life) this comes down to money. The SBC has long passed the MAC in terms of program budgets. The MAC has to play these nearly impossible buy games because we need the cash.

This leads to the question of how can the MAC improve program budgets to be more competitive with the SBC? Can we renegotiate the TV deal which is up sooner rather than later? Grassroots fundraising?

However it’s done, the budgets need to be increased IMO

Let any company (as long as it’s legal) put their logo on players uniforms. Mac keeps a percentage, schools/players get the rest. Yes, everyone on the field will look like NASCARS or NASCAR drivers but it’s easy money!
Just kidding. We need oil wells.

The Andy Staples articles on Kent State I mentioned yesterday pointed out that the overwhelming majority of the nearly $6 million the football game makes in buy games goes to the overall athletic department. It took a special arrangement to ensure $200,000 a year is earmarked specifically for the football program. There is so much unevenly distributed money in college football now that - unless revenue sharing expands beyond the realms of two or three conferences, the game as we’ve known it will become unsustainable quickly. In spite of the recent spate of upsets by a handful of G5 teams, the gulf between G5 and P5 appears to be widening.