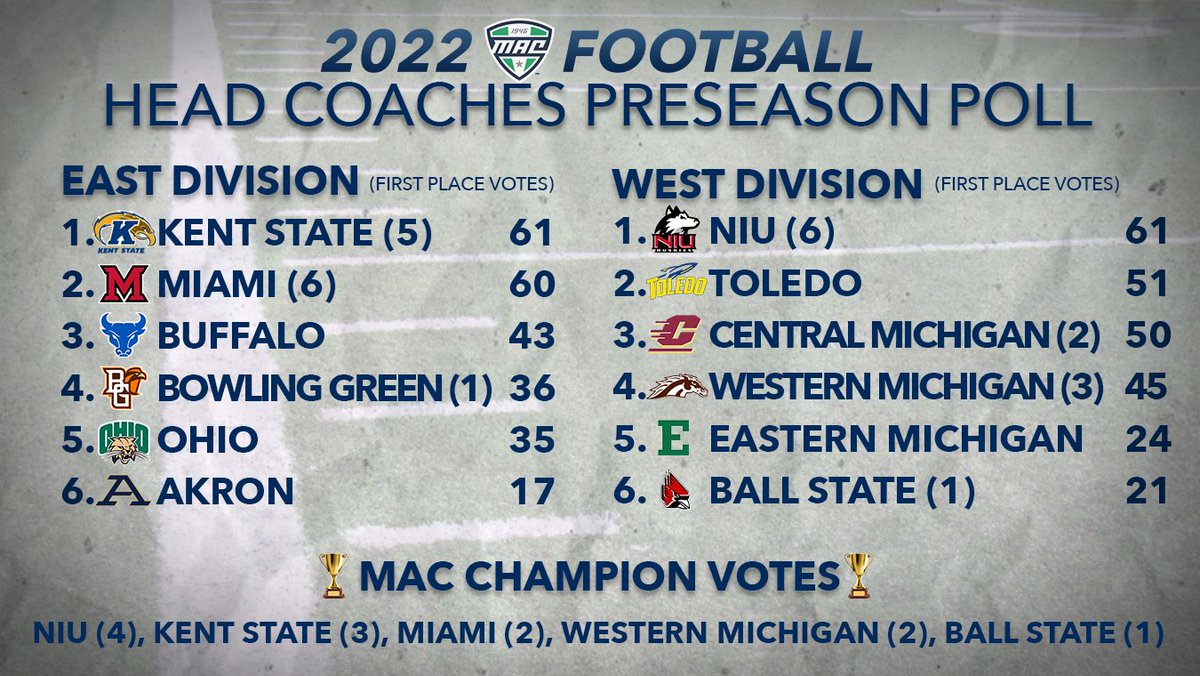 Miami and Kent seem to be leading the way in the east. Surprising given Krum’s graduation.

OU announced they lost their leading rusher for the season earlier today.

Unsure why NIU is leading the way in the west. I know they won last year, so maybe it’s the easy pick.

I don’t understand all the hype Kent is getting. They lost Crum and a couple of OL, but their defense has been awful the last few years and I don’t think the defense will be much better than middle of the MAC this year.

Toledo solidly in 2nd place in West. nearly everybody else got a first place vote except them. none. “Yeah, they’re pretty good, but will choke again”…

Who the hell voted BGSU first in the east?

Ran into a BG guy at a swimming pool party last week here in NC. He’s got tickets to their game with UCLA in the Rose Bowl this weekend. It’s a bucket list item he just couldn’t pass up.

NIU was a very young team last year, and won the championship. That is why they were voted first. The main knock on them is that they were lucky to win so many close games and that will balance out this year…Maybe. Toledo always recruits very well and has lots of talent, but under this coach they have not won the big games…I thought we would be voted first in the East.

Ball State: one first-place vote and dead last in the division.

Did Mike Neu give his ballot to Chirpy the Cardinal?

Tom Arth may be gone from the conference, but his legacy lives on in Scot Loeffler and Mike Neu.

or to david letterman…