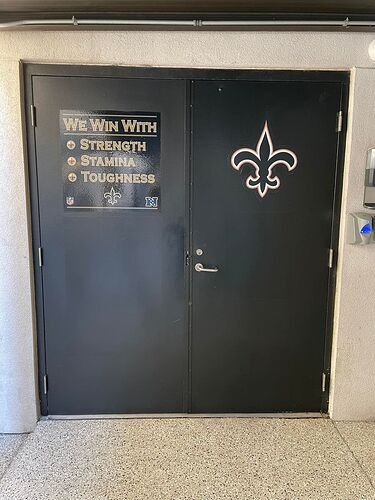 “After 16 years my time as Head Strength and Conditioning Coach of the New Orleans Saints has come to an end. I was informed last week that I would not be retained with the new staff. I came in with Sean Payton and I’m going out with him. Thanks NOLA it’s been a heck of a run. We will see what’s next.”

Wasn’t he just named strength coach of the year in the NFL? I mean, I get wanting to bring in your own people, but keeping him around seems like a no brainer. Wouldn’t be surprised if another NFL team scoops him up. He can always come back to Oxford if he wants

This is a real drag, but the NFL is a business. One of the great people I’ve ever met in my life.

The weird thing is that the Saints hired their DC

What does the NFL being a business have to do with this? Do you think he was making too much money? What did you mean by your comment?

Hopefully he can come back and help but here

Maybe he’ll come back and start posting on MHT again. We could use some stronger takes.

Saints have been bitten hard by the injury bug the past few years, and lots of times people point fingers at the conditioning staff for that. At least that’s my guess?

Hopefully he can come back and help but here

If that happens it would shock me. He should have way better options than coming back to Oxford, Ohio.

The NFL is a tough business because regimes change year by year. Dan was an outlier in that he stayed in one place for a long time. But for most people, the minute there’s a downturn in wins, staffs get overhauled.

Yep, I have seen a lot of Twitter postings about how he can be so highly regarded and yet they get injuries all the time.