It appears the new COVID mutation is having a significant impact on men’s team sports at both the pro and college level. But it doesn’t seem to be having a similar impact on women’s team sports. I can’t seem to think of any logical rationale to explain that trend. I know it’s the wrong season but could the women’s teams have all smeared lamb’s blood on their locker room doors?

This hasn’t gotten a ton of attention, but Covid has always been more dangerous for men, even before vaccines became available. Since vaccines became available, women have been getting vaccinated at a significantly higher rate than men, which has skewed the numbers even further. I don’t know if there’s any good data on this, but anecdotally, women also seem to be more stringent about stuff like masks and distancing.

Just announced today, Wright State’s women basketball team had to cancel their game at Indiana due to a COVID situation. This is the 2nd time the Raider Women have cancelled a game(s) this year. Last month, they missed 2 weeks of games and practice

When asked how the team was doing being vaccinated, WSU’s new womens coach said she’s not vaccinated and a lot of her players aren’t. Here’s an article from last week about the situation 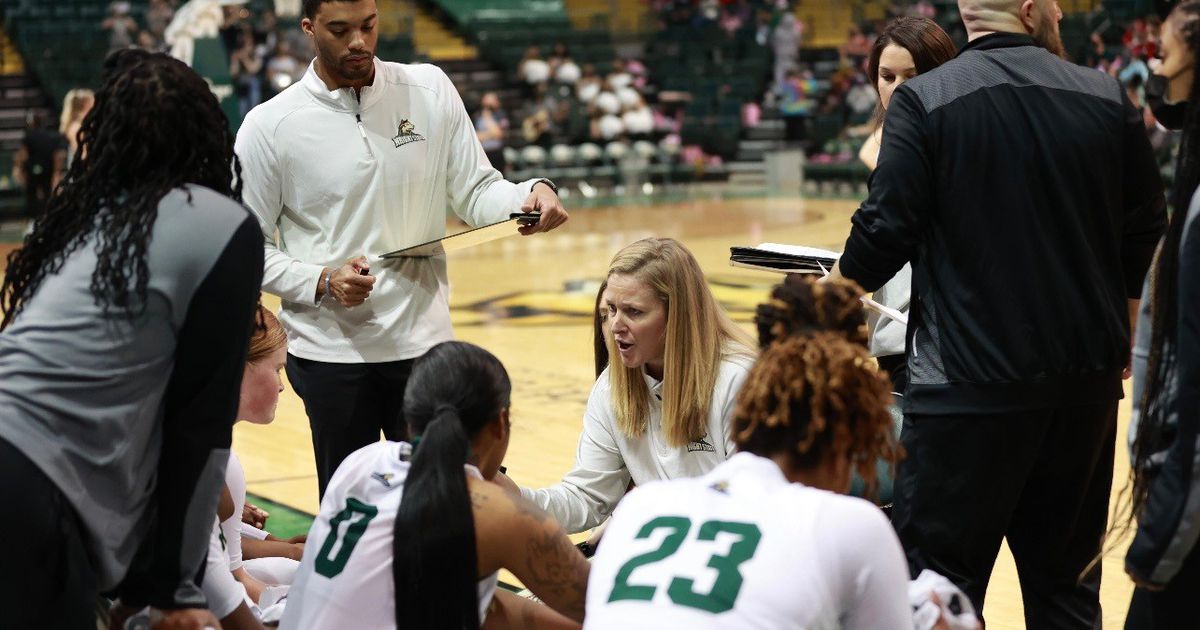 FAIRBORN – The team that mostly refuses to take a shot now couldn’t miss one.

The actual CDC data is that there have been a higher proportion of Covid cases in women than men. This is true for all ages as well as the 18-29 demographic that would be most relevant to the discussion above
. 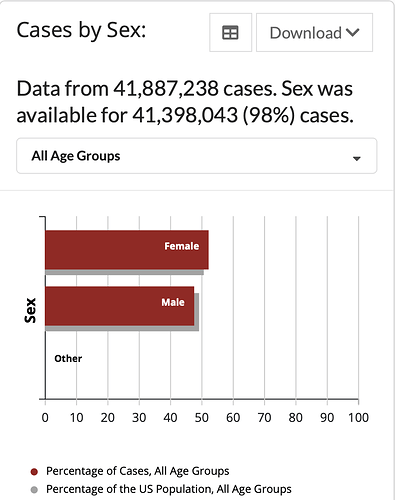 It is correct that deaths with Covid are higher for men. 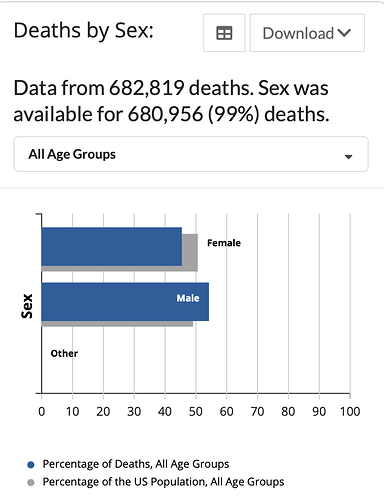 Dude, this is a complete embarrassment. Even the AD doesn’t know the status of the athletes. Or so it says in the article

The actual CDC data is that there have been a higher proportion of Covid cases in women than men. This is true for all ages as well as the 18-29 demographic that would be most relevant to the discussion above

Those are just confirmed cases. Given that many cases are either asymptomatic or mild and there’s been limited testing, a lot of cases go undetected. The industries that have been doing regular testing to catch those mild cases are disproportionately female (nursing, teaching, elder care, etc.), so I don’t know that the raw case numbers are particularly useful if you’re trying to find a gender split.

There are have been almost 700 million tests performed since the beginning of Covid pandemic.

Before Covid, we typically did about 1 million tests per year for the flu.
In other words, we are testing more for Covid in a day than we did for the flu in a year.

The 700 million tests above also do not include all of the at home tests which are not reported to state health authorities and then to the CDC.

Is Covid more dangerous to men? Yes, more males die. You are correct. That is supported by real data.

However, asymptomatic and mild cases are not dangerous to men or women. I can guarantee you that if a woman or man ends up in the hospital or dies with Covid they have been tested and it is in the CDC data.

With respect to limited testing, I actually had symptoms a few weeks ago and had to go to crazy lengths to get tested (ended up being negative). There have been a bunch of reports over the past few days that some cities don’t have the testing capacity to keep up with the latest surge. There have been a lot of tests done, but a lot of that has been regular testing done through employers. For individuals trying to get a test, it’s been more difficult, especially in areas where there’s been demand for testing.

Basically the only data that we have confidence in being reasonably accurate is deaths, given that you have a body and we have the ability to test anyone with a case severe enough to end up in the hospital. The case data has a lot of holes for various reasons: lack of testing early in the pandemic, shortages during surges, mild/asymptomatic cases not being caught, home tests not being reported, etc. And the people being tested aren’t necessarily a representative sample of the population. Overall, the case data has limited value in telling us about demographic trends.

What we know for certain is that men die at a noticeably higher rate from Covid. We don’t know with 100% certainty how much of that to ascribe to men being more vulnerable to infections, or infections being more dangerous to men, or men being more careless about safety protocols, but it’s probably some combination of the three.

It was only a matter of time… It would not surprise me if this latest surge adversely impacts the national championship game given that it’s still a couple of weeks away and the surge is just getting started. 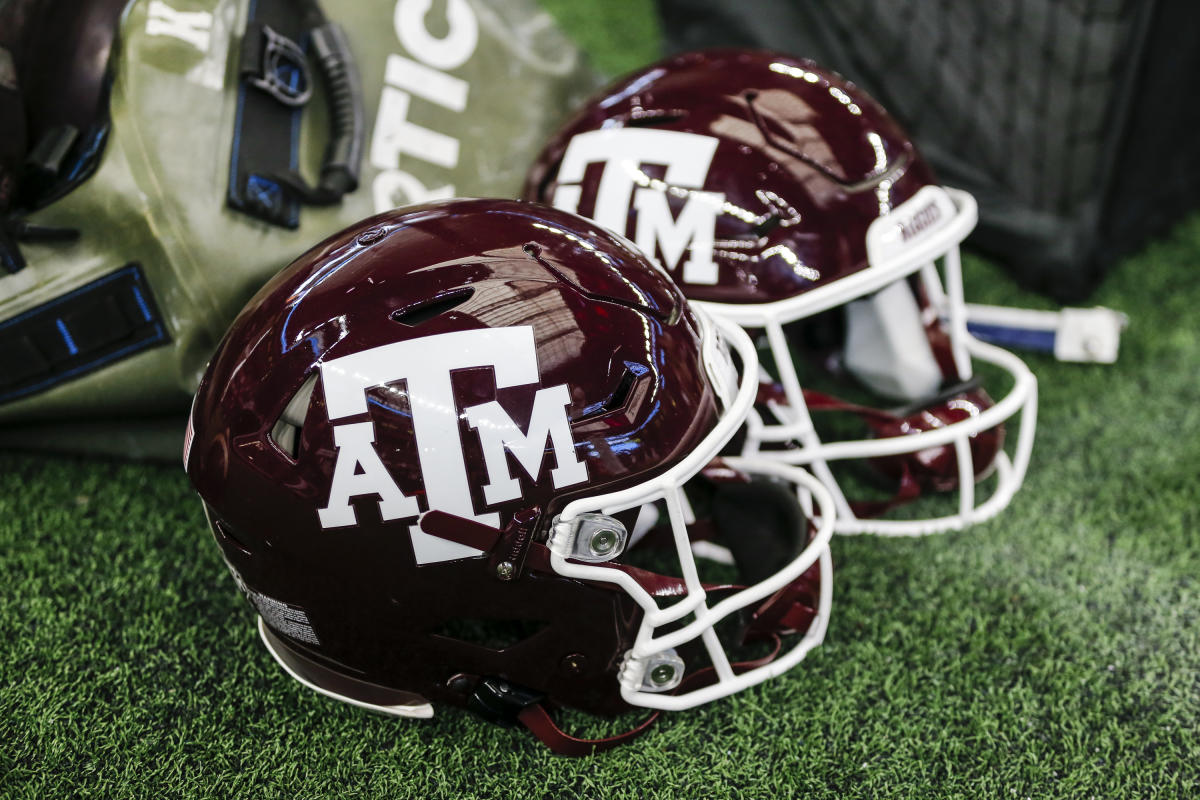 The Aggies were supposed to play Wake Forest on Dec. 31 but reportedly don't have enough players.

Agree with all of your points.

Too many tests which are of limited value that should have been reallocated.

The biggest reason is that too much has been made of asymptomatic infections. It has been VASTLY oversold as a source of transmission. Almost all infections are transmitted by people with symptoms.

The problem with Covid is the initial symptoms are similar to what most of us have dealt with their whole lives. Fatigue, sore throat, fever. People have been living with these for years and carrying on. You did exactly what everyone should do. At the first hint of symptoms get tested and then isolate etc.

Public health messaging should have been focused on telling people if they felt the slightest bit sick to stay home. My experience has been that by the time most people get tested and get a PCR test back they are at least 3 days in the disease. These are also the days when viral load is highest. Antigen testing has helped but it has been vastly overused which is why no one can find a test kit now.