Central was terrible in nonleague play but much better in the MAC, although they got hammered last night in Athens 76-50 and only shot 31% and it was their 5th straight loss. Traditionally Central has had a very high percentage of guys from Michigan on their roster, but not so this season. there are 4 from Michigan and 4 from foreign countries and some scattered around from Florida, California, Texas, and the Midwest.

They have played a lot of different lineups and the scoring and rebounding is scattered. Against Ohio they started 6-11 Nicholas Pavertta at center. 6-7 Ralph Bissainth led them in scoring and rebounding. 6-0 Fr guard Kevin Miller is averaging 12.7. 6-3 Graduate student Cam Healey is their 3 point specialist. They also started 6-6 Jr Brian Taylor.

We will play at Central next Tuesday. Sweeping these two games would probably get us to Cleveland, getting swept would probably knock us out, and splitting would keep us right where we are. We have a very tough game on Saturday at Toledo who we have not beaten in many years so Thursday night is a must win for us. We cannot go 0-3 this week.

With an effort like we had last night, we’ll beat CMU. Though we also have a tendency to play down to bad teams.

All are winnable, based on the play last night and previous matchup with Toledo…although a tough task at UT and how they are playing (also coming off of a Thursday night game). EMU, I assume we can do better than previous outing.

The Eastern game was on the road, and we were without Brown. We should win this time around. No reason to not win 3 of our final 4.

Our NET ranking, BPI predictor, the general fact that we’re better than EMU and CMU. I’m not saying we WILL go 3-1, but we certainly can. We’re not good, but these two are worse.

11-8 Miami at the 16 and under TO. We have 3 treys, they have 2. Also, Coach O agrees with us, starting Kamari Williams ahead of Myja White tonight.

18-15 Miami at the 12 and under TO. We have 4 threes, they have 3.Bissanth has 7 point for the Chips. And we have an Etzler sighting, as he is in against their zone.

Odd lineup…just tuned in no Kamari?

Looks like back in action…
But as usual settling for 3s…Jack will never learn.

Is he just assuming that home vs CMU is a gimme and using it as an excuse to get Etzler minutes?

I missed the first 4 minutes has Beck played? Avance?

24-20 Chips at the 8 and under TO. We had 3 treys in the first 4 minutes, 1 in the second 4 minutes, and none in the third 4 minutes. We are still firing them up though. We have played about 10 guys, but no Beck. After the way he played Tuesday, what is that all about??

Have not seen him…but not watching closely…what I have seen is we are no better than CMU…maybe not as good.

I noticed the big brace on Etzler’s knee during the Buffalo game. Obviously limits his game as I assume he’s not the fastest guy to begin with.

29-28 Miami at the 4 and under TO. That 4 minute period we won 9-4. I think that is because for the first time we had the 4 guys who played great Tuesday night on the floor, Beck Williams, Grant, and Lairy. Doesn’t seem to matter that much who the other guy is.

Jack Webb playing for the Chips. 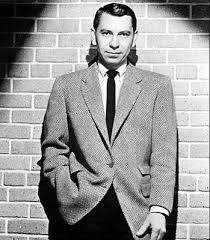 37-33 at the half. Some really sloppy ball handling for us tonight, which is unusual.

That was off CMU foot…